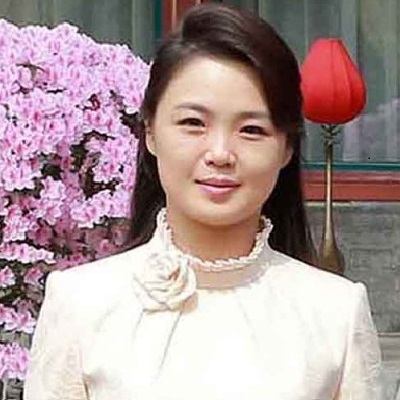 What is the relationship of Ri Sol-Ju?

Ri Sol-Ju is married to the North Korean leader, Kim Jong-un. The wedding was reported to occur back in 2009 arranged by Kim’s father after suffering a stroke in 2008.

Till the date, the personal life of Ri is a mystery being the first lady of North Korea. It is reported that she is the mother of the three children.

Who is Ri Sol-Ju?

North Korean Ri Sol-Ju is the first lady of the Democratic People’s Republic of Korea (DPRK). Ju is renowned as the wife of the leader of North Korea, Kim Jong-un.

She is a former singer.

Ri Sol-Ju was born on the 28th of September 1989 (source might varies) in Pyongyang, North Korea. She belongs to an elite political background.

It is said that she is related to the former general and advisor of Kim Jong-un, Ri Pyong-Chol.

Her father is a professor and her mother is the head of the gynecology ward by profession. They are of Far-East-Asian ethnicity.

She attended Geumsung 2 Middle School in Pyongyang, North Korea. Later, she went to China to study Vocal Music. As of now, she is an alumna of Kim II-sung University. At the University, she is pursuing a Ph.D. in science.

Ri Sol-Ju used to be a cheerleader and singer. In 2005, she visited South Korea as a member of the North Korean Cheerleading team during the Asian Athletics Championships.

Apart from that, she used to be a singer. However, some reports claimed that North Korean officials are trying to erase her past as a singer. For that, her famous songs are confiscated including her song, Sobaeksu.

Her life turned overnight when she got married to the leader of North Korea, Kim Jong-un.

In 2012, she became talked a world media when she appeared with her husband attending an official meeting. In the same year, she appeared to attend an elite concert in North Korea.

Moving forward, she also met the former sushi chef of Kim Jong-il, Kenji Fujimoto during Fujimoto’s trip to North Korea. However, her appearance in the media became faint after 2012.

Later, in 2018, she appeared to take some diplomatic role. That includes a political trip to China along with her husband to meet Chinese President, Xi Jinping and his wife.

After that, in April 2018, she even attended the inter-Korean Summit. In the event, her title was elevated as the first lady of North Korea.

Prior to that, in 2012, North Korean State Media announced her as the Comrade Ri Sol-Ju. The title has been used for the first time in North Korea since 1974.

Later, in June 2019, she hosted the visit of Xi Jinping and his wife to North Korea. After her appearance in 2018, her looks went viral in the western media.

To date, she has not revealed any details regarding her net worth.

However, her husband has an estimated net worth of $5 billion.

As of now, she has not been a part of any kind of controversy that created headlines in the international media. Similar goes with the rumors too.

However, it is not true with her husband. Recently, in April 2020, there are rumors of Kim’s death. The rumors sparked when he remained absent on the Day of the Sun, on 15th April 2020.

Besides that, on the 12th of April, he went for cardiovascular surgery. However, North Korea has not made any announcement in an official manner.

Ri Sol-Ju is a black-eyed brunette with a fair complexion. Her height is 5 feet 5 inches and has a decent weight.