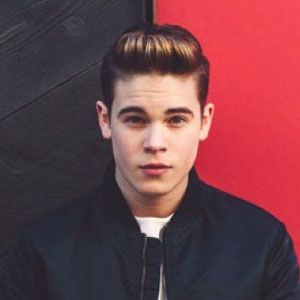 Ricardo is a talented and good-looking guy. He attracts a lot of media attention and some crazy attention from his female fans around the world. Even though he must have been surrounded by a large number of beautiful ladies, he is not supposed to be in any relationship. Maybe it’s because he is hard-working and wants to totally focus on his career. Currently, he is a single.

Who is Ricardo Hurtado?

Ricardo Hurtado is an American actor known for his acting skill from a very young age. He is best known for portraying the role of ‘Freddy’ in the Nickelodeon television series ‘School of Rock’. Ricardo is also a singer and plays drums too. He is also known for uploading covers of different songs in his YouTube channel which he created on March 2, 2016.

As regards of Ricardo Hurtado’s early life, Ricardo was born on 22 August 1998. Hurtado was born in Miami, Florida. While talking about his family, Ricardo was born to mother ‘Ofelia Ramirez’. Furthermore, there are no facts regarding her family history. Ricardo spent his childhood in Atlanta, Georgia. His personal Interest shows that he was interested in the field of acting from his early age during his childhood. In his young age, he was featured in 2008 TV series ‘Piper’s Picks TV’. Ricardo is also interested in music since his childhood. He is American by Nationality, but his ethnicity is unknown till date. There lacks proper information regarding Ricardo’s early life, childhood, family background and other details regarding Ricardo Hurtado.

Ricardo has been able to work in multiple fields including acting and singing throughout his career. Hurtado featured in the 2008 TV series ‘Piper’s Picks TV’ at the young age of Ten. Young and talented actor and singer Ricardo drew the attention of media towards him when he passed the audition of popular American television series ‘School of Rock’. Ricardo portrayed the role of ‘Freddy’ throughout the series ‘School of Rock’. In the series, Freddy is a 12-year-old schoolboy who is the most handsome guy in his class and plays drums.

He also featured in Nickelodeon’s “Ultimate Halloween Haunted House”. This has boosted his acting career and has formed him a huge fan base. As per his singing career, he hasn’t started his professional career or released any studio album yet. But he uploads beautiful covers of different songs on YouTube.

An actor starring in such a popular TV series “School of Rock”, without a doubt earns good amount of salary. Hurtado has an estimated net worth of $ 500 Thousand Approx.

Ricardo has been able to adapt to the Hollywood Celebrity fame. This for sure has kept him away from any rumors and criticism and hasn’t been to any public controversy till now.

Ricardo Hurtado is a slim person with a height of 5 feet 6 inches. He has short hair with blonde hair color. His eye color is green. He weighs 56 kg 209k.