Talking about his relationship details, Rich Paul is presently dating a popular singer, Adele. The couple confirmed their relationship in July 2021. Moreover, they are planning to get married soon as per different reports.

Adele confirmed her relationship with Rich on her Instagram as she posted two of her image in a black and white gown and the third picture along with Paul. 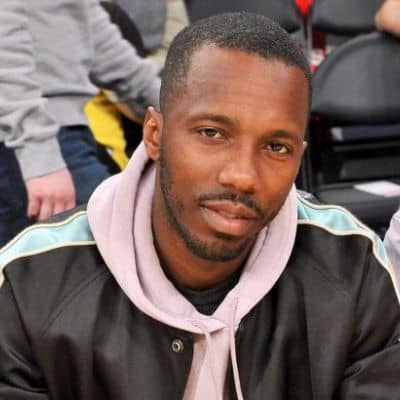 Who is Rich Paul?

Paul is the founder and CEO of Klutch Sports Group which produces a good number of prominent NBA players.

His agency has produced some of the finest NBA players such as Anthony Davis, Kentavious Caldwell-Pope, Ben Simmons, LeBron James, Eric Bledsoe, Lonzo Ball, John Wall, and so on.

Rich Paul was born on 16 December 1981. At present, he is 39 years young star. Likewise, his birthplace is Cleveland, Ohio, the USA.

Not much is known about his father and mother’s details, Rich has been secretive towards his family details. Moreover, he has not mentioned his sibling’s information in the public yet.

Talking about his nationality, Paul holds an American identity whereas his ethnicity is African-American.

Regarding education, the star completed his schooling at Roman Catholic High School.

Rich is a well-known sports agent. After completion of his high school, he used to sell vintage jerseys in his hometown and even made $10,000 on a good week.

In 2002, he met LeBron at the Akron-Canton Airport, and the NBA legend was highly impressed by Paul’s collection. The duo soon became closed and the businessperson, Rich had sold James Magic Johnson Lakers jersey.

Likewise, Rich joined LeBron James as a member of his small circle in 2003. Later, he start working under Leon Rose who dealt with James’ extension with the Cavaliers in 2006 at Creative Artist Agency.

But Paul and James started their own agency, Klutch Sports Group in 2012. He then enlisted noted longtime agent and attorney Mark Termini to run the NBA contract.

By 2019, Rich and his sports club had a roster of 25 clients and brokered over $1 billion in contracts. He also received offers from United Talent Agency(UTA).

Next year, Paul released “Klutch Conversations” during the NBA All-Star Weekend with SocialWorks and General Mills.

A famed entrepreneur, Paul has earned a handsome amount of money from his profession. He has been active in his career from the year 2003 till the present.

As per celebrity net worth, Rich Paul has an estimated net worth of $120 million. In 2019, the businessman earned nearly $70 million in a year from relatively obscure players like Eric Bledsoe, Tristan Thompson, and Jordan Clarkson.

The same year, Rich made a contract of $170 million while trading Anthony Davis. He earns $30 million in commissions every year and was the third-most financially successful NBA agent in 2020.

The successful agent, Rich was allegedly being sued by Nerlens Noel on the grounds of a breach of fiduciary duty, breach of contract, and negligence for his role in turning down a $70 million contract offer from Dallas Mavericks in the offseason previous the 2017-18 season.

Other than that, Rich has never been part of any controversial matter or rumors till now. The star has been preoccupied with his professional and private life.

39 years young agent, Rich has handsome looks and an admirable personality. He stands at a height of 6feet 1inch. Also, he has a balanced body weight of 74 kg.

Furthermore, Paul has brown eyes whereas his hair is black.

Regarding his social media presence, Rich Paul is an active personality on social media. Rich has more than 389k followers on his official Instagram account @richpaul.

He is also active on Twitter with around 73.2k followers.

Moreover, Paul is also available on Facebook with nearly – fans and supporters.