Richard Anthony Wolf is a married man. He has five children but, the most interesting fact is that he married thrice and divorced twice.

September 5, 1970, was the day when he married for the first time Susan Scranton which lasted for 13 years. There was no child from this marriage.

Then, he married Christine Marburg on June 29, 1983. There were 4 children born out of this wedlock; Olivia, Serena, Rex, and Elliott.

Unfortunately, Dick again divorced Christine in 2005 and just 1 year later, he married Noelle Lippman on 17 June 2006 who gave him a daughter Zoe Amelia.

Noelle is his present wife and they are living happily. 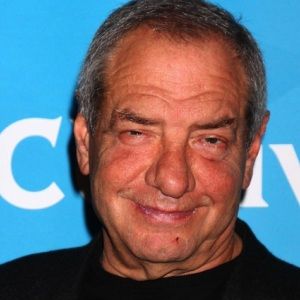 Desperate Housewives is a cultural phenomenon. But, in my mind, it's a sprinter. These shows (the Law &

Order shows) are marathon runners. These shows are designed to run for unreasonable periods of time.

Order' credit on the Playbill, it means he's just got off the bus [to New York], or is really a bad actor.

I've never understood the obsession with younger writers and dramas. Comedies I understand, but how do you write drama at 23

you haven't experienced anything. You know about 23-year-olds. It's kind of hard to write about 60 year old EADAs [Executive Assistant District Attorneys]. Only a couple of us are 60 years old so far, but there are not many 23-year-olds who can write about life-changing situations unless it's medical. That sounds weird, but there's not the mileage on the odometer to get under the surface. There are exceptions that prove the rule-Dickens wasn't bad at 23.

Who is Richard Anthony Wolf?

Richard Anthony Wolf is a person who is not only known for his work in television writing but, also for executive producing, directing, and creating.

Richard Anthony was born on December 20, 1946, in New York City, New York, United States. His ethnicity is ‎Mixed (Jewish, Irish) and his nationality is American.

He was born to Marie G.(mother) and George Wolf(father) in New York City. His childhood was very normal with good quality of life as his father was an advertising executive and his mother was a common homemaker.

He was an altar boy and attended Saint David’s School. Before attending the University of Pennsylvania, he studied with future United States president George W. Bush as a classmate at Philips Andover Academy, from which he graduated in 1969.

He also attended prep school which helped him for School tie screenplay.

Richard Anthony Wolf worked as a copywriter for over 100 commercials and penny slogans “You can’t beat Crest for fighting cavities” and “I’m Cheryl, fly me” for National Airlines.

His television career took a flight as a staff writer on ‘Hill Street Blues’ which guided him to write an episode ‘What friends are for?’ making him able to be nominated for Emmy Award.

Later, he also produced St. Elsewhere and then, moved to the show ‘Miami Vice‘ as a supervising producer.

Wolf’s Law & Order was one of television’s most successful franchises which got nominated for the Emmy Award most of the time for any primetime drama series.

Along with Kevin Arkadie, he co-created the police drama, ‘New York Undercover’ which ran on the Fox Broadcasting Company Network from 1994 to 1998.

All of these great efforts and talents made him worth $300-350 million and is one of the most demanded television producers today.

Moreover, he has authored a Harper Collins fiction series focusing on NYPD investigator Jeremy Fisk, featuring the titles The Intercept (2012), The Execution (2014), and The Ultimatum (2015).

He had more than 12 years of a divorce battle with his ex-wife Christine Wolf. There have been some controversial episodes telecast on ‘Law and Order: Special Victims Unit’ such as the Trump-inspired one.

Richard Anthony Wolf has a height of 6 feet 4 inches and his weight is unknown.

His hair color is Salt and pepper and his eye color is dark brown.