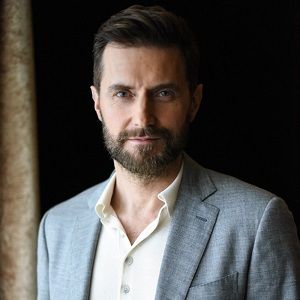 I've never been that cute kid that was forgiven for being naughty.

Whatever I lack in talent I have in stamina.

Richard Armitage is now engaged to his girlfriend Samantha Colley. The couple first met each other on the sets of The Crucible in 2014.

They engaged on 16 June 2016 and soon they will be getting married but the date has not been announced yet.

He was in a relationship with Annabel Capper, an actor in 2013. She is a British actress. They both had similar behavior and habits. They worked together in a few movies.

It was almost impossible for them not to see each other after being in the same industry. Nowadays, they are just friends.

Richard dated Daniela Denby-Ashe in 2004. She is a British actress. In 2007, there were rumors that they broke up and the rumors were true. He was also linked with Anabel in 2013, but this affair was temporary.

Who is Richard Armitage?

Richard Armitage is an English actor who was named after King Richard III.  Richard Armitage works in English movies, TV shows, and theaters. Richard is a brilliant and dedicated actor and he has remarkable acting abilities.


He was born on 22 August 1971 at Huncote, United Kingdom. His nationality is British and ethnicity of English. He is the second child of John Armitage(father) and Margaret Armitage(mother).

His name is Richard Crispin Armitage by birth. His father was an engineer and his mother was a secretary. He has an older brother, Chris Armitage.

Richard was born in Leicester city but he was raised in a village outside the city.

He joined Huncote Community Primary School. At the age of 14, he joined Brockington College where he studied music and learned to play Orchestras and Flute. Soon, he was transferred to Pattison College so that he could learn dance and drama.

Furthermore, he completed his program at Pattison College in 1988. He did A levels in two subjects, English and Music. At the age of 17, he joined a circus in Budapest from where he got his Equity Card.

After his days at Pattison College, Richard Armitage started his career in musical theaters as an assistant choreographer and performer on various shows such as, Nine, Annie Get Your Gun, 42nd Street, and Cats. Richard has acted on theaters including The Real King and Death of a Salesman.

Later he joined the London Academy of Music and Dramatic Art in 1993 to further study acting. After completing the three-year course in LAMDA,  Richard came back to stage as a supporting role in Macbeth, a Royal Shakespeare Company’s production. He also performed in Hamlet (1998) and Four Alice Bakers (1998).

In 2004, Richard appeared in the drama, North & South in the role of John Thornton. The drama was based on the novel of Elizabeth Gaskell of the same name.

His work as John in the drama was highly appreciated and he became a star. He was also cast in BBC drama series Robin Hood (2006). He did the role of Ricky in Inspector George Gently (2007) and Geordie biker in Gently Go Man.

He was nominated for WhatsOnStage Best Actor and Olivier Best Actor award for his role in The Crucible (2014). He won Saturn Award- 2016 for his role as Francis Dolarhyde on the TV series Hannibal.

Talking about earnings, Armitage has a net worth of 13 million dollars but his salary is not revealed yet.

Rumors were that Richard was in a secret gay relationship with the American actor Lee Pace. But the rumors ended after his engagement with Samantha Colley.

Richard Armitage has an athletic body with a height of 6 feet 2 inches and weighs 93 kgs. His hair color is dark brown and his eye color is blue.

Inactive in social medias!! Focused on her professional life, Daniela Denby-Ashe is dating someone or else married??