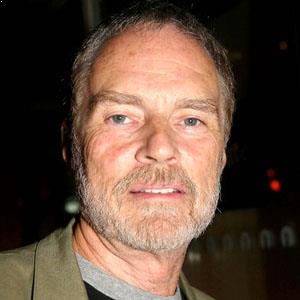 1. "I was sort of caught up in my own web of illusion." 2. "I think there was a residue of animosity toward Natalie because of that test for Rebel [Without a Cause], and it contributed to our situation. But a few years later we caught sight of each other at a nightclub on Sunset Strip. Natalie waved, came over to my table, and we talked for a few moments. She was incredibly sweet, left me thinking what a lovely person she was, and I felt genuinely attracted to her."

Richard Beymer has been involved in several relationships throughout his career. He was romantically involved with Polish Actress Alicia Darr for a brief amount of time. From October 1960 to 1961, he dated American Actress Tuesday Weld. The relationship lasted just 3 months. He was engaged to Sharon Tate from 1962-1063 but they never got married.

Next, Richard was involved in a stable relationship. He was engaged to American Actress Sharon Tate for a year. The pair dated for 1 year after getting together in 1961. They later got engaged in 1962. The relationship didn’t work out and they eventually separated in 1963. The real reason behind the separation is not known. During 1969, he was in a relationship with American Actress Lana Wood.

Richard remains unmarried till date. He doesn’t have children from any of his relationships. Furthermore, he is currently single.

Who is Richard Beymer?

Richard Beymer is an American actor, painter, and novelist. He played the role of Tony in the 1961 film version of ‘West Side Story’. Additionally, he portrayed the role of Peter in ‘The Diary of Anne Frank’. In addition, he is also an author. He completed his first book, a self-published novel, ‘Impostor: Or Whatever Happened to Richard Beymer?’ in 2007.

Richard was born in Avoca, Iowa on February 20, 1938. He was born as the son of Eunice and George Richard Beymer, a printer. Later, he moved with his parents to Hollywood, California in the late 1940s.

He is of American nationality. Initially, he was always interested in the acting world. He acted in various films throughout his childhood years. Show business was a great influence in the early life of this American actor.

Talking about his education, Richard attended North Hollywood High School. During his time there, he became part of various films.

Initially, Richard signed a contract with Filmways. He made his feature-film debut in Vittorio De Sica’s ‘Stazione Termini’ which was released in 1953. Later, he appeared in movies like ‘So Big’ and ‘Johnny Tremain’. He received critical acclaim after appearing in ‘The Diary of Anne Frank’ and ‘West Side Story’. Afterward, he also had a significant role in the film ‘The Longest Day’.

Richard first appeared in the TV series ‘Sandy Dreams’ in 1949. Later in 1957, he appeared on the syndicated American Civil War drama ‘Gray Ghost’. He then portrayed the role of Joe Belden in the episode “Man Hunt” of the western aviation series, ‘Sky King’. Other television shows that he guests starred in are ‘Star Trek: Deep Space Nine’, ‘The Homecoming’, ‘The Circle’, ‘The Siege’ and other. In 2-14, he announced he would reprise his role as Ben Horne in the third season of ‘Twin Peaks’, scheduled for a 2017 release.

Apart from acting in movies, Richard is also an active filmmaker. He attended the New York’s Actors Studio in 1963. Later in 1964, he became involved in Freedom Summer in Mississippi. Next, he filmed the award-winning documentary ‘A Regular Bouquet: Mississippi Summer’. Furthermore, he directed, produced and wrote the screenplay for the avant-garde film ‘The Innerview’.

In 2007, Richard completed his first book, a self-published novel, ‘Impostor: Or Whatever Happened to Richard Beymer?’. Additionally, his photographs of ‘Twin Peaks’ cast and crew were featured in the gallery of behind the scenes photos on the Definitive Gold Box Edition. In addition, Richard is also a painter and sculptor.

Richard garnered the Golden Globe nomination as Best Actor – Comedy or Musical for ‘West Side Story’ in 1962. Additionally, he was also nominated for the Grammy Awards in the same year. Furthermore, he has the Laurel Award nomination to his name and has also won the Josef von Sternberg Award. He also garnered the nomination for Soap Opera Digest Award in 1991.

Richard has not revealed his current salary. Furthermore, he has an estimated net worth of $ 18 million.

There was a rumor that Richard might be secretly married. This rumor however later turned out to be false. Furthermore, there was another rumor that his companion was pregnant. This rumor too later turned out to be not true. In addition, he had a controversial moment when he left the London premiere of ‘West Side Story’ halfway through because he hated his performance.

Richard has a height of 1.88m or 74.015 inches. Additionally, his hair color is dark brown and eye color is blue.

Richard is not quite active on the social media. He doesn’t have an official Facebook page. In addition, he is not active on Twitter and Instagram as well.