Talking about his relationship details, Richard Dean Anderson is possibly single and he lives along with his daughter between Vancouver, Minnesota, and Los Angeles.

Initially, Richard was married to his lovely wife Apryl A. Prose in 1996. The couple welcomed their only child as a daughter, Wylie Quinn Annarose Anderson, born on 2 August 1998.

They met in New York via a mutual friend, Michael Greenburg, producer of Stairgate and MacGyver. However, they separated in 2003 and Prose married Jim. 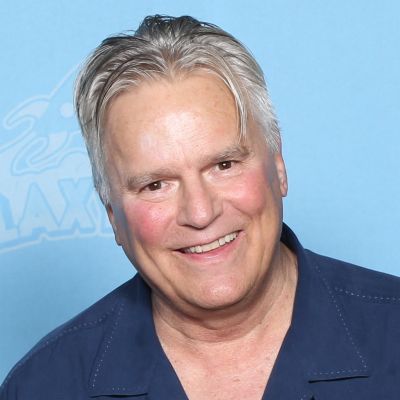 Who is Richard Dean Anderson?

Richard Dean Anderson is a well-recognized American actor and producer. He is widely famed for his role as Jeff Webber in the American soap opera series, General Hospital and in the television series, MacGyver.

Richard Dean Anderson was born on 23 January 1950. At present, he is 72 years young star. Likewise, his birthplace is Minneapolis, Minnesota, the USA.

Richard is the son of his father, Stuart Jay Anderson whereas his mother is Jocelyn Rhae Carter. Moreover, he has three brothers named, James Stuart, Jeffrey Scott, and Thomas John.

Talking about his nationality, Anderson holds an American identity whereas his ethnicity is Mohawk, Norwegian, Scottish, Finnish-Swedish, and Swedish.

Regarding education, the actor studied at Alexander Ramsey High School. He then attended St. Cloud State University to become an actor and then at Ohio University.

Richard started his career portraying Dr. Jeff Webber in the American soap opera, General Hospital from 1976 to 1981. He then performed as a guest star in an episode of The Facts of Life that worked as a backdoor pilot, Dean then featured in the role of Lieutenant Simon Adams on the 22-week Dennis Weaver series, Emerald Point N.A.S. on CBS, paired on-screen with Celia Warren.

Moreover, Anderson gained high attention after featuring in the lead role of Angus MacGyver in the hit television series, MacGyver from 1985 to 1992. His character was an optimistic action hero who was known for using a Swiss Army Knife instead of a firearm as his tool of choice

In his later career, Richard featured as Jack O’Neill in Stargate SG-1, which depended on the movie, Stargate featuring Kurt Russell and James Spader. Anderson has also co-performed along with John de Lancie in Legend, a comic series of only twelve episodes about a dime novel writer in the Wild West.

Anderson has also worked as an executive producer in six shows where he performed himself: MacGyver: Lost Treasure of Atlantis, MacGyver: Trail to Doomsday, Legend, StargateSG-1, Firehouse, and From Stargate to Atlantis: Sci-Fi Lowdown.

A famed star, Anderson has earned a handsome amount of money from his profession. He was active in his career from the year 1976 till the year 2013.

It is reported that Richard Dean Anderson has an estimated net worth of $30 million as of 2022. He has also appeared in a number of commercials for brands such as Mastercard and Pepsi.

At present, his mansion is worth at least $10 million.

Richard has never been part of any controversial matter or rumors till now. The star has been preoccupied with his professional and private life.

It seems that Anderson prefers enjoying his personal life and does not want to merge it with his professional life.

72 years young star, Richard has handsome looks and an admirable personality. He stands at a height of 6 feet 1inch. Also, he has a balanced body weight of 85 kg.

Furthermore, Anderson has brown eyes whereas his hair is white.

Nevertheless, the producer has never mentioned other physical details in the public yet.

Regarding his social media presence, Richard Dean Anderson is an active personality on social media. Richard has more than 5.5k followers on his official Instagram account @rixxanderson.

He is also active on Twitter with around 80.9followers.

Moreover, Anderson is also available on Facebook with nearly 7k fans and supporters.