Richard Dillane is married to a Scottish actress Jayne McKenna in 2005.

She is known for her leading role in the 2017 Take That musical The Band.

The couplet has three beautiful children. They are living happily with each for many years and there is no sign of any split up or separation. 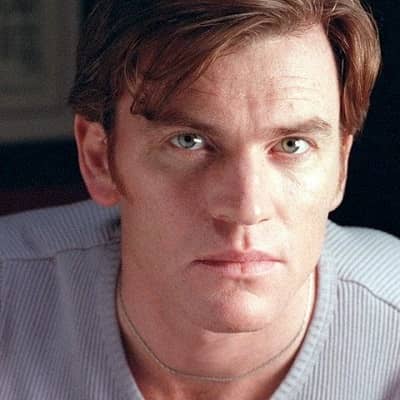 Who is Richard Dillane?

Richard Dillane is a British actor who is best known for films like ‘Argo’, ‘Oranges and Sunshine’, and ‘The Forgotten Battle.

Furthermore, he is also an Off-Broadway production artist and also a popular TV actor.

His parents are Bridget Dillane and John Dillane.

He has spent his childhood in London with his elder brother, Stephen Dillane who is also an actor.

Richard is of British nationality and his ethnicity is under review. He got his philosophy degree at Manchester University and later started getting involved in the showbiz industry after moving to Australia.

After completing his college studies, he started his acting career at Australia’s Actors Studio.

In 1995, he played various roles in TV series making his debut as Sergeant Brad Connor in Soldier Soldier, followed by Heartbeat, Men Behaving Badly, and Solomon in 1997.

However, his career in big screen flying starts with his debut film Wing Commander in 1999. Later he has done a wide range of films including the docudrama Space Race, The Dark Knight, Oranges and Sunshine, Dead in Tombstone, Argo, and The Forgotten Battle among others.

He has also done various big-budget hit films like Young Wallander, Cold Feet, Casualty, Wolf Hall, The White Princess, The Last Post, and Betaal among the others.

Moreover, his recent notable mention is, ‘Munich – The Edge of War’, ‘Call the Midwife’ and ‘Father Brown’.

Of all his numerous films and movies, he has an estimated net worth of a whopping $5 million.

Furthermore, he has light brown hair and a green color eye.

Besides these, no information about his body stats is available on the web.