Richard Dreyfuss is a famous American actor. He is married. 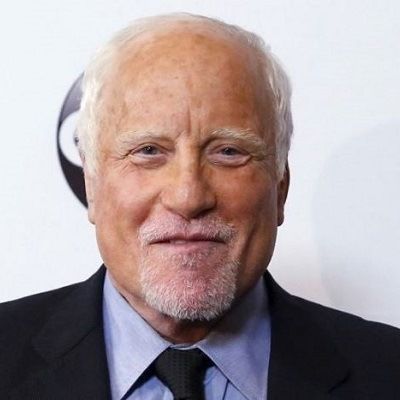 People who commit adultery must die. Everyone knows that. Any movie tells you that!

Actually, when I was a kid I was really more aware of the star and the handprints in Grauman's Chinese more than I was aware of anything else, including the Oscar. I wanted to have a star. I wanted to be able to see, you know, old gum on my star.

I don't think film acting is necessarily a triumph of technique. Film stardom is a friendship that happens between an audience and a performer. Its like you meet someone and you click with that person for whatever reason.

His first wife is Jerame Rain

His first was marriage to Jeramie Rain on March 20, 1983. The couple was blessed with three children, Emily, Benjamin, and Harry.

Who is Richard Dreyfuss?

Richard Dreyfuss is a famous American actor, who is known for playing a variety of roles in his five decades and ongoing career.

Also, he is known for starring in popular films between the 1970s and 1990s, including American Graffiti, Jaws, Stand by Me, Close Encounters of the Third Kind, Down and as well as in Out in Beverly Hills, The Goodbye Girl, Stakeout, Always, What About Bob? and Mr. Holland’s Opus.

His birth name is  Richard Stephen Dreyfus and he is currently 74 years old.

His great grandfathers were Austro-Hungarian Jewish immigrants whereas his mother’s family was Russian Jewish.

He has a sibling namely, Lorin Dreyfuss. Richard holds American citizenship and Ashkenazi Jewish ethnicity. His birth sign is  Scorpio.

Talking about his profession, Richard Dreyfuss’s career as an actor began early.

At the age of 15, Dreyfus made his debut in the television production, ‘In Mama’s House. During the Vietnam War, Dreyfuss worked as a clerk in a Los Angeles hospital.

He returned to acting, making a guest appearance in television shows such as ‘Peyton Place, ‘Gidget’, ‘That Girl’, ‘Bewitched’ and ‘The Big Valley’.

Additionally, Dreyfuss made his debut on the big screen with a small, uncredited role in the 1967 film ‘The Graduate.

Next, he featured in ‘Valley of the Dolls (1967) wherein he had a small role yet again.

During the late 1960s and early 1970s, Dreyfuss performed on stage on Broadway, Off-Broadway, repertory, and in improvisational theatre.

He starred in the box office blockbuster, ‘Jaws’, directed by Steven Spielberg.

The film was one of the top-grossing films of the decade and established Dreyfus’ reputation as a star actor.

Dreyfuss repeated his success story with Spielberg yet again in the 1977 flick, ‘Close Encounters of the Third Kind’. The film went on to become one of the biggest hits of the decade.

Following ‘The Goodbye Girl’ success story, Richard produced and starred in the movie ‘The Big Fix’ in 1978.

It was around this time that Dreyfuss’s addiction to cocaine began. For most of the early 1980s, he suffered from drug addiction.

In the year 1982, he was arrested for possession of drugs. His films of this period were major duds at the box office.

Around the mid-1980s, Dreyfuss entered rehabilitation. He made his comeback with the 1986 Paul Mazursky film, ‘Down and Out in Beverly Hills, starring alongside Bette Midler and Nick Nolte.

In the same year, he capped the role of narrator Gordie LaChance in Rob Reiner’s ‘Stand By Me, a coming-of-age comedy-drama adapted from Stephen King’s novella ‘The Body.

In the year 1987, Dreyfuss starred in the films, ‘Stakeout’, ‘Nuts’, and ‘Tin Men’. The following year, he once again united with director Paul Mazursky for the romantic comedy ‘Moon Over Parador’.

In the second innings of his career, Richard established himself as an engaging lead actor. Similarly, in  1989, he reunited with Steven Spielberg for the film, ‘Always’ co-starring Holly Hunter. The film was a remake of ‘A Guy Named Joe.

Then, he started the decade of the 1990s with the films, ‘Postcards from the Edge and Rosencrantz & Guildenstern Are Dead.

In the same year, he starred in Bill Murray’s popular comedy ‘What About Bob?’ In it, he played the role of a psychiatrist who goes crazy while treating his obsessive new patient.

He ended the year with the film, ‘Prisoner of Honor’ which he produced and starred in.

The year 1995 was a big year for Dreyfuss in terms of his career.

He started the year with a supporting role in ‘The American President’ but ended it on a handsome note as Glenn Holland in ‘Mr. Holland’s Opus’.

His role as a determined and inspiring music teacher to a deaf son. Beginning in 2000, he appeared in several films, including ‘The Crew’, ‘The Old Man Who Read Love Stories, ‘Who Is Cletis Tout?’ and ‘Silver City.

Besides that, he featured as one of the survivors in the 2006 film, ‘Poseidon’. In 2008, he played the character of U.S Vice President Dick Cheney in Oliver Stone’s George W. Bush biopic ‘W’.

In 2010, he made a cameo appearance in ‘Piranha 3D as Matt Hooper. In the same year, he also starred in the film, ‘RED’.

Likewise, in 2016, Dreyfus portrayed the role of Bernie Madoff in the miniseries ‘Madoff’ co-starring Blythe Danner.
In addition to films, theatre and television, Dreyfus made his presence felt in the literary world too with his book, ‘The Two Georges’, which he co-authored with science-fiction writer Harry Turtledove.

Then, he won Best Guest Performance in a Television Series for Weeds (2005) at Saturn Award, he won Best Actor for Cas & Dylan (2013) at Best of the Fest: Feature Film.

Likewise, he won Best Performance by an Actor in a Miniseries or a Motion Picture Made for Television for The Day Reagan Was Shot (2001) at Golden Satellite Award.

He has an estimated net worth of around $5 million (as per 2022 data) however, his salary is unknown.

There was a rumor about Richard Dreyfuss in the mid-80s on an ABC comedy special, during which time he allegedly exposed himself to her and sexually harassed her over the course of several months.

Richard Dreyfuss has a height of 5 feet 5 inches. Additionally, his weight is unknown. Richard’s hair color is grey and his eyes color is blue.