Updated On December 6, 2022 | Published By: shahid | In Married , Relationship
Share this 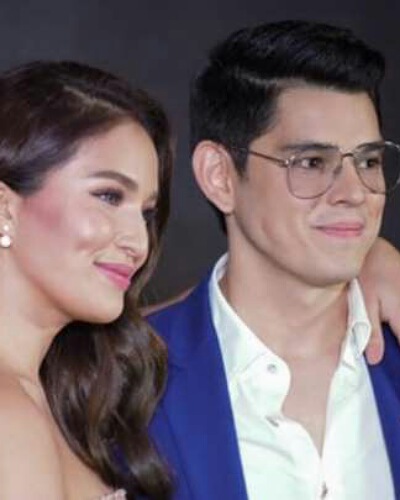 The couple had earlier decided to have a destination wedding but they changed their plans and are now having it in Metro Manila.

“We realized we all want our family, friends and loved ones to be there,”

They specifically chose March as the wedding month because Richard Gutierrez had proposed to Sarah in the same month. Additionally, Sarah delivered their second child, Kai also in March.

The couple engaged three years back in March 2017. But they have been dating since 2012. Furthermore, they have two kids together: Zion and Kai.

The bride-to-be Sarah Lahbati revealed that the theme of the wedding is “old-school romance”. For the big day, she is going to wear a custom-made wedding gown. A European designer has made it for her. She has personally picked it up in November 2019.

The guest list of celebrities for her wedding is a long one. It includes actresses Yassi Pressman, Coleen Garcia-Crawford, Bella Padilla, Janine Gutierrez, model Mikaela Martinez, and fashion designer Boom Sason, as per the GMA Entertainment report.

This is from Sarah’s side. And the bridegroom’s invitee list includes Tonton Gutierrez, Monching Gutierrez, and businessman Sean Fariñas.

The coin-bearer at the ceremony would be Richard and Sarah’s 5-year-old son Zion. And little Kai, 1 will be the ring-bearer and walk down the aisle.

There are also 50 principal sponsors of the wedding. These include several government officials, like President Rodrigo Duterte, the presidential spokesperson Salvador Panelo, and also former presidents Gloria Macapagal Arroyo and Joseph Estrada.

In January 2020, Sarah held a bridal shower at Vivere Hotel. She also had a bachelorette party in Hong Kong to which she invited all her close girlfriends.

This was not all because Sarah had another last-minute bachelorette party on the island of Siargao for a few of her celebrity friends.

Additionally, the couple had a prenup photoshoot as well which photographer Pat Dy clicked at El Nido, Palawan.