Who is Richard Harmon Dating?

In 2016, the duo met on the sets of the drama, ‘The 100.’ She publicly confirmed her relationship, with Richard Harmon, by posting each other’s pictures with the caption, ‘The most magical evening with this above-average man’ on June 25, 2019.

Last time, on October 30, 2021, Rhiannon Fish shared a picture including, Harmon. They frequently shared their videos on their Instagram stories too.

Based on all of the available information, it seems like Fish and Harmon are enjoying each other’s company. 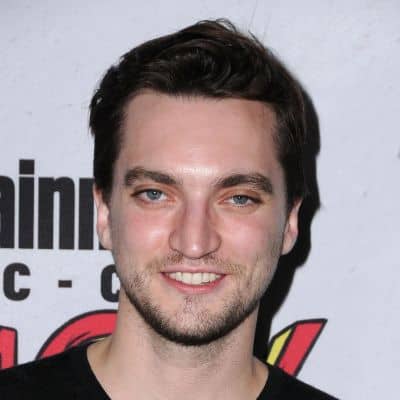 Who is Richard Harmon?

Richard Harmon is a popular Canadian actor. He is famous for portraying John Murphy in The CW’s ‘The 100.’

Harmon is also known for his appearance in ‘The Killing’ as Jasper Ames and in ‘Continuum’ as Julian Randol.

In 2021, he appeared in the American martial arts action-adventure television series, ‘Kung Fu.’

Richard Harmon was born to his Canadian parents in Mississauga, Ontario, Canada on August 18, 1991. Harmon is 31 years old as of 2022 and belongs to the American nationality.

He is of European ethnicity and Leo is his birth zodiac sign according to the astrological chart. Richard Scott Harmon is his full birth name and follows Christianity.

Allan Harmon, a director,  is his father while Cynde Harmon, a producer is his mother. He has a sister named, Jessica Harmon, who is an actress by the profession.

Harmon has not opened up about his educational life.

Richard Harmon started his acting career by appearing in the television series, ‘Jeremiah’ in 2002.

In 2005, he was cast in the movie, ‘School of Life’ and in the same year, he played the role of Squeak in the comic book-based television film, ‘Painkiller Jane.’

Then, in 2010 he was cast as Stephan in the Canadian drama film, ‘Triple Dog’ by director Pascal Franchot and writer, Barbara Marshall. He landed as Tim Ratchet in the American-made television disaster film, ‘Christmas Icetastrophe.’

Similarly, he starred as Kirk Lane in the American supernatural mystery thriller film, ‘I Still See You.’ His other movie credits include, ‘The Cult’, ‘Time After Time’, ‘One Foot in Hell’, ‘A Mother’s Instinct’, ‘Darkness Falls’, ‘Woodland’, and so on.


Richard Harmon has worked in several tv series as well. In 2012, he played Ian, a witch hunter in the American supernatural fantasy teen drama, ‘The Secret Circle.’

From 2014 to 2020, he portrayed John Murphy, in the American science fiction drama series, ‘The 100.’ In 2021, he appeared in the American martial arts action-adventure television series, ‘Kung Fu.’

As an actor, Richard Harmon is able to amass a net worth of around 3 million USD. He has not disclosed the yearly/monthly amount he is charged.

This actor, Richard Harmon, is keeping himself away from rumors and controversies. Trent Harmon is able to well maintain a clean profile by balancing his professional as well as personal life.

Richard Harmon has impressive body statistics standing at the height of 5 feet 9 inches. He weighs around 72 Kg and his dimensions are 40-32-14 inches which means his chest size is 40 inches, waist size is 32 inches and hips size is 14 inches.

In addition, with a whitish complexion, he has a couple of blue eyes and dark brown hair.

Also, there is an official Facebook page under his name, that has garnered around 5.5K followers.

World Music Day: Celebrations in the USA, the uniting universal music and its wonders! Read on for more!