Richard Lawson is an American actor, also famous as Beyonce's step-father. Richard is married to Tina Knowles and a father of one. 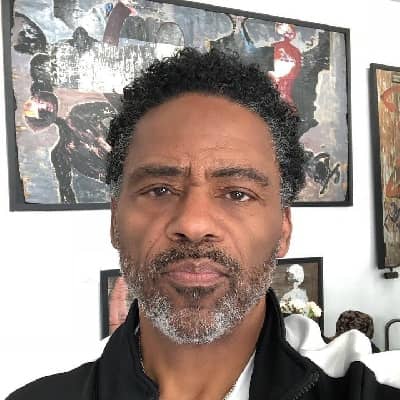 Richard Lawson’s current marital status is married. He is married to Tina Knowles who is a fashion designer.

Lawson and Tina had known each other for over 30 years, as Tina was the best friend of his deceased sister. However, the pair exchange the vows on the 12th of April in 2015.

They both are the second partner of each other. So, he is the stepfather of Beyonce Giselle Knowles (aka Beyonce) and Solange Piaget Knowles (Aka Solange). Both daughters are well-known American singers and songwriters.

Earlier, Lawson gets married to an actress Denise Gordy on New Year’s Eve 1978. Together they have a daughter named Bianca Lawson who is a recognized American actress.

Who is Richard Lawson?

Richard Lawson is a well-renowned American actor and director. He is best recognized for his prominent role as Ryan in the 1982 film Poltergeist and Dr. Ben Taylor in the 1983 NBC miniseries V.

Richard was born on March 7, 1947, as Rickey Lee Lawson. The birthplace of the actor is Loma Linda, California. He is of American citizenship and is of Afro-American descent.

Richard hasn’t yet disclosed his family details to the public including his parents and siblings.

Talking about his academics, he attended Hayward High School and graduated in 1965. Then, he joined Riverside City College and after a year he dropped out.

After three months, he was drafted into the United States Army and served for 2 months as a medic in Vietnam. During the Vietnam war, he served as a combat medic and also was awarded the Purple Heart.

Later after completing his military duty, he enrolled at Chabot Junior College in Hayward, California to study law. But, he later embarked to pursue his career as an actor.

Richard started his acting career in the year 1971 where he made his first feature film role which was a gay man targeted for murder in Dirty Harry. Afterward, he appeared in the 1973 blaxploitation horror film, Scream Blacula Scream where he portrayed the role of Willis Daniels.

That same year, he made his role in an episode of television series called Shaft and Kojak. Lawson also appeared in the 1980s series Chicago Story where he was cast in the role of Det. O.Z. Tate. Lately, he was cast in the 2019 romantic comedy film, Always a Bridesmaid where she portrayed the role of Carlton Blakeston Sr alongside Javicia Leslie, Jordan Calloway, Michelle Mitchenor, and more.

Furthermore, he served as a director in numerous films like No Place to Be Somebody, Othello, Death of a Salesman, Excuse Me, The Fisher King, and more.

Some of his other notable film and television series are enlisted below in the table,

To date, Richard has not been part of any sorts of rumors and disputes that create headlines in the media. However, he shared his incredible weight loss journey via Instagram while in the quarantine of COVID-19.

During the quarantine, he gained 270lbs weight but in the mid of July, he loses over 50lbs weight. Similarly, he is a plane crash survivor. On March 22, 1992, he was on the USAir flight 405, the plane took off from New York’s LaGuardia Airpot crashed into the waters of the Long Island Sound shortly after take-off.

As of 2021, Lawson has an estimated net worth of around $1 million throughout his successful acting career. However, his salary, Yearly income, and real estate are still under review.

The actor is 6 feet 1 inch tall and his weight is around 90 kg. He has brown hair color with black pair of eyes. Furthermore, his other body measurement is not available at the moment.

The actor is active on Instagram under the user name @mrrichardlawson where he has amassed nearly 89.1k followers. Likely, he has more than 15.7k followers on his Twitter account.

Lawson is also active on Facebook where he has more than 9.4k followers