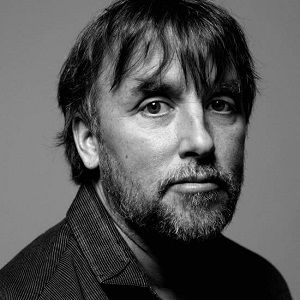 “Yeah, a memory's never finished, if you really think about it.”

“ I think I'm always so much more happy with books and movies and stuff.

Even being alone it's better than sitting next to your lover and feeling lonely.

“Memory is a wonderful thing if you don't have to deal with the past.”

Richard Linklater was married to Christina Harrison. Before marriage, they had dated for a long time. They are blessed with a beautiful daughter Lorelai Linklater. Lorelai is also an actor who has played a vital part in the film Boyhood. As for now, he has been living happily with her wife and daughter. Furthermore, he has not been involved with any girl in the past.

Who is Richard Linklater?

Richard Linklater is an American actor, director, and screenwriter known for his natural and realistic films such as Slacker (1990), Dazed and Confused (1993) and A Scanner Darkly (2006). Furthermore, Richard Linklater has won the  Golden Globes, Critics’ Choice Movie Awards, and BAFTAs award in the  Best Picture and Best director category.

Son of Diane Margaret (née Krieger) and Charles W. Linklater III in Houston, Texas on July 30, 1960. He has mixed ethnicity of German, Irish, English and Scottish and holds the American nationality.

Talking about his education he was enrolled at  Huntsville High School and later completed his high school at Bellaire High School in Bellaire, Texas. Then he attended  Sam Houston State University where he got baseball scholarship and later awarded with  Scholastic Art and Writing Award.

After dropping out from school he co-founded Austin Film Society in 1985 with Lee Daniels and came up with the directorial debut It’s Impossible to Learn to Plow by Reading Books. This was followed by back to back hit comedies like Slacker in 1990 and Dazed and Confused in 1993. After that, he came up with hit films like School of Rock, Waking Life, A Scanner Darkly. Later, in 2013 he releases his final part of his romantic trilogy Before Midnight. Recently, he has directed films like Boyhood, Last Flag Flying and Blaze.

Of all his filmmaking and screenwriting he has won a Best Picture and Best Director for the film Boyhood which has 5 nominations. He has an estimated net worth of $12 million.

Linklater has not involved in any controversy yet and there is no rumors surrounding him too.

Linklater has a decent height of 5 feet and 9 inches and his weight is unknown. Furthermore, he has light brown hair and black color eyes.