Richard Madden is popular for featuring in Game of Thrones, Bodyguard, Eternals, and more.

Richard Madden is bisexual and at the present time possibly a single man. However, the rumors of him dating an actor Froy Gutierrez is surfaced.

Neither of them has given any clarification about this.

Richard for five years romanced with actress Jenna Coleman. They started to date in 2011 and broke up in 2016. In the same year, he was linked with TV personality Laura Whitmore plus model/actress, Suki Waterhouse.

Adding more, he was spotted not a single but multiple times with actor Brandon Flynn in 2019. They never confirmed that they were dating but the tabloids assumed something was happening between them. 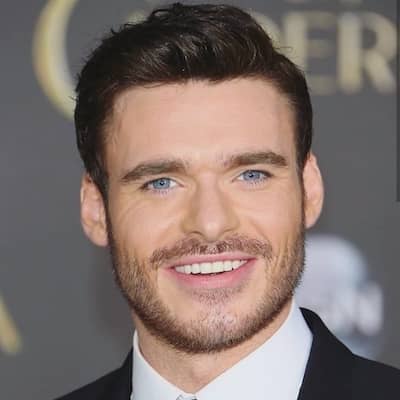 I just think of myself as an upstart who is trying to get better at what I do.

Google is the enemy. I would tell that to anyone who enjoys any TV show like 'Game of Thrones' to avoid it

it spoils so many storylines.

I like clothes and fashion. It's a hobby for me and I really enjoy being part of it, so it's nice when people say: 'He can dress quite well.'

Who is Richard Madden?

His upcoming Tv show Citadel is in the post-production stage and will release in the coming future.

His full date of birth is 18 June 1986 and he was born in Elderslie, Renfrewshire, Scotland. The name of his mother is Pat Madden and his father is Richard Madden.

His mom is a classroom assistant while his dad is a fire serviceman.

Further, Richard Madden’s ancestry is a mix of Irish-Scottish, and has two younger Sisters, Lauren Madden plus Cara Madden.

As per his academics, he passed out of the Royal Scottish Academy of Music and Drama (RSAMD) in 2007.

Richard Madden as an actor started to do screen projects in 2000 by starring in the movie Complicity as Young Andy. His notable movies of his are,

Besides this, he did TV shows named Barmy Aunt Boomerang as Sebastian, Game of Thrones as Robb Stark, Hope Springs as Dean McKenzie, Sirens as Ashley Greenwich, Klondike as Bill Haskell, Medici as Cosimo, and many more.

Richard joined the cast of this film and was seen as Ikaris. The film is of the superhero genre that was about an immortal alien race who protects Earth from the Deviants.

Eternals is directed by Chloé Zhao, premiered on October 18, 2021, and was released on November 5.

The other main casts of this Marvel movie are Gemma Chan, Kumail Nanjiani, Lia McHugh, Brian Tyree Henry, Lauren Ridloff, and many more.

By the sources of 2022, his net worth is estimated at $6 million. His yearly salary is that he charge is under the rug.

This actor Marvel movie Eternals is keeping himself away from scandals as well as rumors. But he is on the media due to his sexuality as his fans speculated him to be gay.

Richard Madden’s height is 5 ft 9 inches and his body weight is 77 kg. Adding some more, he has blue eyes and curly hair in dark brown color.

He has a streak of grey hair in the front which is a hereditary condition. It occurs due to the lack of pigmentation. This actor covers this part of his hair via dying for movies.

Richard Madden is not officially available on social sites such as Facebook. But on Instagram and Twitter, he has more than 3.6M and 403.1k followers respectively.

On IG, he posted a promotional video of Calvin Kelin perfume Defy on 01 Dec 2021 that was loved by the viewers.