Renown as Stanley Uris of the mini TV series, IT.

Richard Masur is married to Eileen Henry on the 7th of August 2004.

Previously, the actor was married to producer, Fredda Weiss. They wed on the 24th of September 1976. However, they separated on the 6th of July 2004 after 8 years of married life. 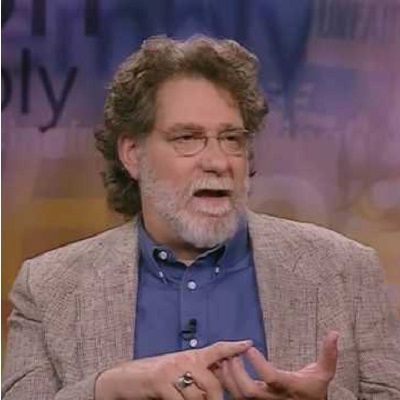 I'm a familiar face, but rarely do people typecast me. I've been very lucky that way.

Who is Richard Masur?

Richard Masur is an award-winning actor, director, and writer. Masur is renown as Stanley Uris of the mini TV series, IT.

He had served as a two-term president for Screen Actors Guild.

Currently, he is serving as the corporate Board for Motion Picture & Television Fund. Next, in 2020, he will be appearing as Stanley for the movie, Another Year Together.

Richard Masur was born on the 20th of November 1948 in New York City, New York. His father is a pharmacist and her mother is a counselor. They are of Germanic ancestry.

He has a brother, Judith Masur.

Before pursuing acting, he graduated through Yale School of Drama in  New Haven, Connecticut.

– Richard started his career as a theater artist. He debuted on Broadway with the play, 1973- The Changing Room by David Storey. Apart from Broadway, he has also various regional theaters too.

-Later, he moved towards TV and movies. In 1974, he debuted on TV with the TV series, All in the Family as George Bushmill for a single episode only. One year later, he featured in Hot l Baltimore as Clifford Ainsley. In the same year, he debuted in Movie with the movie Whiffs as Lockyer’s Aide.

-During the time interval, he also appeared in Rhoda as Nick Lobo. However, his role in the series was too short and in few episodes only.

-In 1976, he debuted on the TV movie Having Babies as Max Duggin. The drama was based on the story of four couples who are having children with the Lamaze method. Till the date, he featured in 42 TV movies altogether. Last, in 2016, he was cast as Len in Pearl. The movie is based on the life of the matriarch of a family who is surfing from cancer.

-In 1986, he directed his first short movie, Love Struck. The 23 minute short was also written by him. Last, he directed the episode, Heroes and Villains of the series, Picket Fences.

-Currently, he is busy filming Before/During/After which is being post-produced now. Apart from it, the actor will feature a comedy-drama movie, Another Year Together. The movie will be released on the 25th of November 2020.

-1985, nominated by Primetime Emmy Awards for The Burning Bed.

He is a blue-eyed auburn. His height is 6 feet and 1 inch.