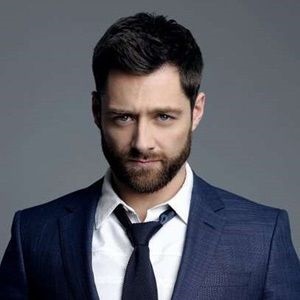 Richard Rankin has been linked with several ladies and his beautiful co-worker actress. In the past, he was linked with actress Louise Stewart, though the rumors have not been confirmed there were spotted in several locations hanging out together.

Furthermore, he is focusing on his career for a successful life.

Who is Richard Rankin?

Richard Rankin is a theatre actor, Scottish film, and television. He is famous for the Scottish sketch show Burnistoun and Roger Mackenzie Wakefield in the Starz drama Outlander.

This theatre actor was born on 4 January 1983 as Richard Harris in Rutherglen, Glasgow. His ethnicity is English. He has a brother named Colin Harris.

He spent part of his childhood in the West End of the city before moving to King’s Park when he was ten years old.

He attended Stonelaw High School. Later, he graduated from Glasgow Caledonian University as an IT major.

Richard Rankin began his career in 2006 by starring alongside Robert Florence in VideoGaiden, a Scottish video game show originally aired on BBC Two Scotland. Moreover, he made appearances on episodic Scottish television programs Legit and The Old Guys for the BBC and Taggart for STV between 2007 and 2010.

As well, Rankin starred in the short film Dead Ringer, directed by Carter Ferguson in 2011. Furthermore, in 2014, he was cast as Captain Thomas Gillan by the BBC to star in WWI-based mini-series The Crimson Field alongside Kevin Doyle and Oona Chaplin.

Brought the announcement that Rankin had been cast as the adult Roger Wakefield in Starz’s time-traveling drama series Outlander in December of 2015. He will return in season four, which premieres on 4 November 2018, with an expanded role in the series. Rankin appeared as Detective Inspector Elliott Carne on the BBC’s crime drama Thirteen later in 2016.

In 2017, Rankin had roles in two BBC productions. The first was the dramatic miniseries The Replacement and the second was a two-episode stint as Father Hrothweard on the historical drama series The Last Kingdom.

To date, he has not got any personal awards for his work. Hope he will soon get the awards.

Once there was Roger and Brianna’s Giant Fight Deviates From the Books in a Pretty Awful Way which leads to controversy.

He gets a huge amount of money from his work and has a high profile of net worth but has been hiding the information away from the media and public.

Richard Rankin is an attractive man with blonde hair and blue eyes. Besides, he is 6 feet tall with an unknown body mass.