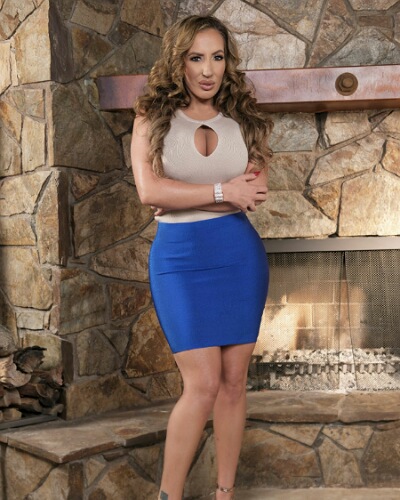 They may be more than friends or just friends, this cannot be confirmed from the video. But rumors have started swirling that Richelle is dating Maxx.

Who is Richelle Ryan?

She has an American nationality and Caucasian ethnicity. She studied at a private Catholic school which was managed by nuns.

Click to read on Are Chris Potoski and pornographic actress Brandi Love still married? Know about his wife, children and net worth

Richelle had earlier said in a casual interview that she likes Nick Bosa of San Francisco 49ers.

Maxx Crosby is NFL player. He was born on 22 August 1997 and is thus 12 years younger to Richelle. He studied at Colleyville (TX) Heritage School and later played college football at Eastern Michigan University. NFL drafted him in 2019 in the fourth round and he now plays for Las Vegas Raiders as defensive end.

He has a huge height of 6 feet and 5 inches and a weight of 116 kg. Maxx gained fame for himself in the 2019 season when he got 10 sacks during his rookie campaign with the Las Vegas Raiders. He also earned a lot of notoriety in the HBO series “Hard Knocks”.

Maxx had injured himself but hopped back into shape after a surgery. The defensive coordinator of Raiders Paul Guenther says:

“I think he’s gotten a lot better in both the run and the pass rush.”

Richelle is a self-described tomboy and used to love football game. She lost her virginity at her age of 15-16.