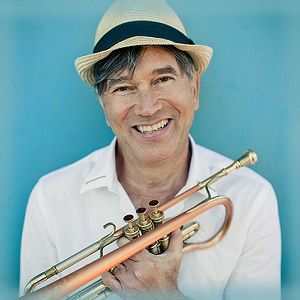 For me music is not just about going out touring and making a living. Music has always been a source of joy, almost a therapy. When things are not going right or when I am not feeling right about myself, if I can get into my studio and make some music and dig into that world, it always makes me feel better. It is an absolute pleasure seeing the joy that it brings to others. I love every moment of it!

My influences are all over the map. But a few of my favorites are Earth, Wind and Fire, The Brecker Brothers, Quincy Jones, The Crusaders and Ramsey Lewis.

For me it is important that I continue to keep my horizons open and keep looking forward and try to improve on what I do.

Who is Rick Braun?

Rick Braun is a trumpeter, composer and producer. He has played in the clubs like “Club Harlem” and “Missing In Venice,” and “Vila Vita.” His albums include Intimate Secrets, Night Walk, Around the Horn, etc.

Rick was born on 6th July 1955, in Allentown, Pennsylvania, United States. His mother was a pianist and banjoist, who never took any kind of training and there is no information about his father. He has a brother in who played the trumpet. He does not have any sister.

Braun graduated in the 1970s, and he joined the Eastman School of Music. He also attended Louis E. Dieruff High School. While he was studying, he was a member of a jazz-fusion band titled Auracle.

Rick started his career in music from his college days. He co-produced an album with Teo Macero. He is also a songwriter and wrote the song, Here with Me along with REO Speedwagon.

In 1992, his solo album, Intimate Secrets was released. His other albums are Night Walk, Christmas Present, Swingin’ in the Snow, Can You Feel It, Kisses in the Rain, etc. He got his break through the song, Beat Street in 1995.

Rick has been awarded Gavin Report twice for the title Artist of the Year. His other awards and achievements are not known through the source.

Rick’s net worth is estimated to be around $60 million. However, his salary is unknown.