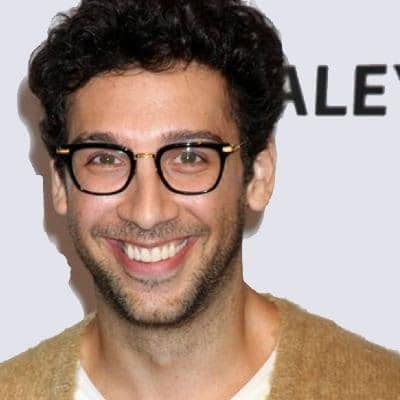 Rick Glassman is currently in a relationship. He is dating Torrey Devitto. Their affair was started in the year 2014.

His girlfriend is a former model and was seen in Killer Movie.

Who is Rick Glassman?

Rick Glassman is an American actor and stand-up comedian. He is known for his association with projects like Undateable (2014), A Futile and Stupid Gesture (2018), and The Sixth Lead (2015).

Rick Glassman was born on 23 July 1984, in Cleveland, Ohio, US. His mother and his father’s identities are unknown.

He belongs to a Caucasian ethnic background. Regarding his academics information, he has not provided any details about it.

Rick Glassman is a popular actor. He is known for playing the character of Burski in the comedy series Undateable (2014). It was broadcast on NBC.

Then in 2015, he was seen in a documentary of 30 minutes titled The Sixth Lead. He played the role of Rick. Another movie he featured in 2018’s A Futile and Stupid Gesture where he has the role of Harold. This movie was directed by David Wain and other casts are Martin Mull, Domhnall Gleeson, Jon Klaft, and more.

Rick also has a YouTube channel which was created on 04 March 2011. He posts interaction videos on his channel that are loved by the watchers. As a podcast creator, he has a channel, Take Your Shoes Off.

He shares his content on Youtube and Apple. Usually, he interviews celebrities and fellow comedian’s in a fun way.

This actor has an estimated net worth of $1 million US. But details about his salary and other incomes are behind the curtains.

This talented artist is doing great in his personal and professional life and is not surrounded by any scandals or rumors.

Regarding Rick Glassman’s body features, he has light brown eyes and black hair. His height and weight details are not known.

But he is not available on TikTok but has over 4k followers on Facebook.