Canadian former professional ice hockey Rick Nash is married and a father of one. 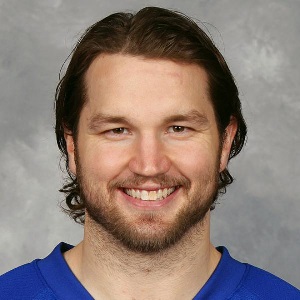 After the first period we played better and came back. [Coach] Gerard [Gallant] gave us a little speech in between periods and we came back

It was definitely a lucky goal. I came down and had a different move in mind, but he took that away. I had to adjust, and lost my balance. Lucky enough I stayed up and put it in.

That had to be tough. He wanted the young kids to step forward. It takes a big man to give up that spot. If he didn't I may not have had a spot.

Rick Nash is a married man. He is married to his longtime girlfriend, Jessica Nash. The couple was in a relationship for a long time before getting married.

After years of their affair, the couple got married in the year 2013. As a sign of their love, the couple has one son whose name they have kept, McLaren Nash.

His wife, Jessica gave birth to their child in October 2016. Rick and Jessica have been married for four years now and their relationship is still very strong.

Who is Rick Nash?

Rick Nash is a Canadian professional ice hockey player. He currently plays as a left-wing for the New York Rangers of the National Hockey League (NHL).

He is currently an alternate captain for the team. Further, he helped Team Canada win gold at the 2014 Olympics in Sochi, Russia.

Rick Nash was born on June 16, 1984, in Brampton, Ontario, Canada. His nationality is Canadian and he is of North American ethnicity.

His birth name is Richard McLaren Nash. He is the son of Canadian parents Jamie Nash and Liz Nash. He was raised in Brampton, Ontario. Rick has a brother named James Nash.

He attended Brampton Centennial Secondary School. He played ice hockey as a junior during his high school days.

Nash began his ice hockey career playing as a junior in the Greater Toronto Hockey League (GTHL) during his high school days. During his time at GTHL, he caught the attention of OHL scouts in 1999. After that, he was signed by the London Knight for two seasons in the OHL.

He received the Emms Family Award as the League’s top rookie while playing for London Knight. After that, he was selected first overall in the 2002 NHL Entry Draft by the Columbus Blue Jackets in the 2002-03 season.

He debuted on October 10, 2002, and scored a goal in a 2–1 win over the Chicago Blackhawks. That season, he was nominated for the Calder Trophy as the NHL’s top rookie of the year.

During the 2004–05 NHL lockout, Nash played for HC Davos of the Swiss Nationalliga A (NLA). After that, he joined the Columbus Blue Jackets of NHL during the 2005–06 season.

He played for the team until the 2011–12 season. He was signed by the New York Rangers during the 2012–13  season. Since then, he plays for the Rangers. Rick has represented the Canadian national team several times.

With the Rangers, he has an annual salary of 7.9 million dollars and he has accumulated a net worth of $20 million.

Rick has a height of 6 feet 4 inches. His body weighs 99kg. He has brown hair and brown eyes. Furthermore, there are no details regarding his body measurements.