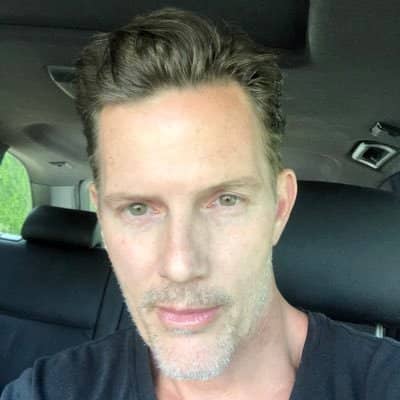 Rick Otto is a divorced man.

He previously gets married to Vanessa Angel. Vanessa is an English actress and former model.

He met Vanessa for the first time while he moved to Los Angeles, California from New York. His co-star Lee Tergesen had introduced her to him.

After dating several times, the couple tied the knot on April 6, 1996. Together the couple has also a daughter named India Otto. India was born on March 10, 2001.

After 23 years of marriage, the pair get separated in 2019. However, the pair hasn’t yet revealed any details regarding their divorce.

Who is Rick Otto?

Rick Otto is an American film and television actor. He is best known for his role of Officer Kenneth Dozerman in The Wire and Colorado on Hollywood Heights.

Rick was born in the month of 10th August in the year 1973. The birthplace of actors is in Baltimore, Maryland, USA. He holds an American nationality and belongs to the Caucasian ethnicity.

His father is a detective police officer and his mother is a nurse. However, he hasn’t yet disclosed his parent’s names to the public. The actor has two siblings and he is the youngest one among three.

Moving towards his academic background, he attended law school at Loyola College. After graduation from law school, he moved to New York and pursue his studies towards acting.

Then, he began to study at Herbert Berghof studio under the legendary acting coach Uta Hagen in New York. He has also studied with other renowned acting teachers including Robert Lewis, William Hickey, and Susan Batson.

Rick started his acting career as a theater artist and he has also performed in a number of stage plays such as True West, Sweet Bird of Youth, more.

In 1995, he made his on-screen debut through the television series, Saved by the Bell” The New Class where he was cast in the role of Justin Wells. Similarly, he appeared in films like Crazy World (1996), Phantoms (1998), The Thin Red Line (1998), and more.

After several roles in independent films, he made his big break throughout the movie R.S.V.P. in 2002 where he portrayed the role of Nick ‘The Prick’ Collier. The film features popular personalities like Lucas Babin, Glenn Quinn, and more.

Some of his notable films are enlisted below in the table,

Rick won the Best Actor award for his performance in the 2002 film R.S.V.P at the Screamfest Film Festival.

To date, Otto has not been part of any sorts of rumors and disputes that create headlines in the media. Also, he stays miles away from such controversial acts.

As of other online sources, he has an estimated net worth in the range of $1 million to $5 million throughout his profession as an actor. Besides, his real estate, yearly income, and salary are still under review.

The actor stands at the height of 5 feet 10 inches tall. He has average weight but the exact figure of his weight and other body measurement is not available.

Furthermore, his biceps size is around 16 inches. He has brown hair with brown pair of eyes as well.

Is Ricky Norwood secretly married or in mysterious dating relationship?