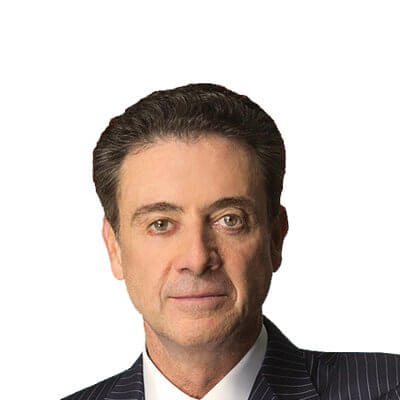 Rick Pitino is a married man. He is married to his wife, Joanne Minardi. The couple exchanged wedding vows on 3 April 1976. From their marriage, the couple had six children but one of them died. Their five living children are Michael, Christopher, Richard Jr., Ryan, and Jacqueline. His son, Richard Jr. is the current head coach of Minnesota.

Their son, Daniel, died in 1987 from congenital heart failure. He was just six months old when they lost him. The couple has established the Daniel Pitino Foundation in his memory and raised millions of dollars for needy children.

Who is Rick Pitino?

Rick Pitino is an American professional basketball coach who is the current head coach for Panathinaikos. Moreover, he is also the head coach of Greece’s senior national team.

In 2013, he became the first head coach to win the Division I national championship with two different schools. However, his second title was vacated after an NCAA investigation into improper benefits for athletes.

Rick Pitino was born on September 18, 1952, in New York City, New York. As of 2020, his age is 67. He has not revealed his parents. Similarly, there is no information about his siblings and other family members. He spent his childhood days in Bayville, New York.

Talking about his education, he attended St. Dominic High School located in Oyster Bay, Long Island. Following that, he joined the University of Massachusetts Amherst.

How much is Rick Pitino Worth? Net Worth, Salary

Pitino has been involved in several controversial matters and scandals in the past. In 2009, Pitino became the target of extortion with Karen Cunagin Sypher, the wife of Louisville equipment manager Tim Sypher, demanding Rick give her money and cars after the pair had a sexual encounter at a restaurant in Louisville in 2003 and became pregnant. Rick claimed that the sex was consensual and Karen was sentenced to seven years in prison in 2011.

In 1974, after college, he worked as a graduate assistant at the University of Hawaii. He then became a full-time assistant and served as Hawaii’s interim head coach in the 1975-76 season.

In 1978, he became the head coach of Boston University in 1978 and led them to their first NCAA appearance in over 24 years. He then took the role of assistant coach with the New York Knicks for the seasons 1983-85. In 1989, he became the coach of Kentucky. He got them back to the Final Four in the 1993 NCAA Tournament. Moreover, in 1996, he helped the team win a national title in the NCAA Tournament.

On December 26, 2018, Panathinaikos announced him as the head coach of the team.  On February 17, 2019, they won the 2018–19 Greek Cup. However, he decided not to extend his one-year contract with the team due to family matters. On November 26, 2019, he was rehired by the team after overcoming the family matter and signed a ​1 1⁄2-year contract.

Pitino stands at a height of 6 feet. Also, he weighs around 75 kg. He has light brown hair and brown eyes.

You may also like to read the Bio, Career, Body Measurements, Net Worth, Social Media, Relationships, and more about Tony Bennett, Shelden DeMar Williams, David Fizdale, and more.