Updated On November 27, 2022 | Published By: Frank Ingram
Share this
Married 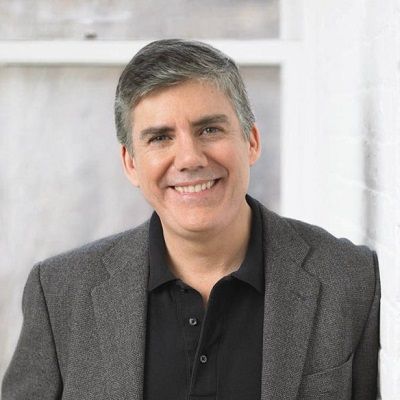 With great power... comes great need to take a nap. Wake me up later

If my life is going to mean anything, I have to live it myself

Ever had a flying burrito hit you? Well, it's a deadly projectile, right up there with cannonballs and grenades

People are more difficult to work with than machines. And when you break a person, he can't be fixed

Who is Rick Riordan's wife?

Rick is a married man. He married his wife, Becky Riordan, originally from the East Coast, on June 5, 1985, on the pair’s shared birthday. Moreover, they gave birth to two sons, Haley and Patrick.

It was Haley who inspired his dad to write the Percy Jackson series as a bedtime story. Currently, they live in Boston with Haley starting college there.

Who is Rick Riordan?

Rick Riordan is an American author. Rick Riordan is famous for writing the Percy Jackson & the Olympians series which was later adapted into movie series by the 20th Century Fox.

In addition, his books have been translated into 42 languages and made sales of over 30 million copies in the United States.

There is no information about his siblings. He is of American nationality. However, his ethnicity remains unknown.

In which school did Rick Riordan attend?

Rick graduated from Alamo Heights High School. First, he attended the music program at North Texas State with the aim of being a guitarist. After that, he transferred to the University of Texas in Austin where he studied English and History.

He started writing for young adults after his son once asked him to tell bedtime stories involving the Greek gods. Rick started making up stories and had the idea of Percy Jackson. Jackson is a 12-year-old boy with both attention-deficit/hyperactivity disorder and dyslexia.

However, after realizing that he is a demigod, he has many adventures. This series is Riordan’s most famous series. The five-book series which included The Lightning Thief, The Sea of Monsters, The Titan’s Curse, The Battle of the Labyrinth, and The Last Olympian all were hits and very popular among readers.

Following the series, he continued to explore mythology. He also wrote the ‘Heroes of Olympus’ series. It is also a five-book series including The Lost Hero, The Son of Neptune, The Mark of Athena, The House of Hades, and The Blood of Olympus.

Following that, he released a sequel series called The Trials of Apollo that started with The Hidden Oracle and continued with The Dark Prophecy and The Burning Maze which were released in 2018.

During this time, Rick Riordan also wrote the ‘Kane Chronicles. It is a trilogy involving Egyptian mythology. After that, he turned to Norse mythology with another trilogy called ‘Magnus Chase and the Gods of Asgard trilogy.

Additionally, he created the overall storyline for the 39 Clues series which is about two children who race around the world searching for hidden clues.

Riordan has won several awards for his writing. He has won Shamus Award,  Edgar Award,  Mark Twain Award, Children’s Choice Book Awards, etc. His most recent was the Stonewall Book Award for Children’s literature in 2017.

What is Rick Riordan’s net worth?

Rick Riordan has an estimated net worth of around $35 million as of 2022. Likewise, he has an annual income of around $10.5 million. He has such a huge net worth because he has sold millions of copies of his books worldwide.

Rick has a height of around 5 feet 7 inches. Moreover, he weighs around 55 kg. In addition, he has salt and pepper hair and green eyes.

You may also like to read about the bio, career, and net worth of Karrine Steffans, Nancy Alspaugh, Tavis Smiley.