Rick Ross is an American national. The talented Rick is a rapper.

Rick has been in affair into more than ten relationships until now. As of now, we don’t know about his relationship status. He dated Lira Galore for a couple of years. They shared the engagement ring soon after. But later in 2015, things didn’t go right. And they break up. Before this, he was in relation with Shateria Moragne-el. They were together for a couple of years before they break up in 2013.

Recently in 2017, he dated Liz Hagelthorn. From 2000 to 2016, he dated many celebrities. He was in the relationship with beautiful ladies like Briteady, Skrawberry, Ming Lee, Paige Imani, Keyshia Dior, Christelle Blanche, Elise Neal, Tia Kemp, Lastonia Leviston, and Premadonna. But tragically, none of these relationships worked out for him.

Rick Ross has children Toie Roberts and William III from his previous relationship. But there is no any information about the girlfriend. 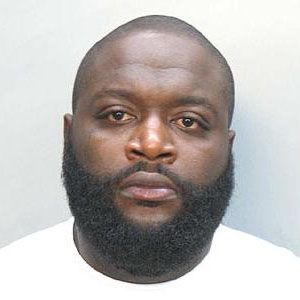 “Regardless of how it goes down… life goes on.”

“Every day is a new opportunity to reach that goal.”

Who is Rick Ross?

Rick Ross is an American national. The talented Rick is a rapper. Additionally, he is also a songwriter and an entrepreneur. People also know him by his nickname, “Da Boss.” Similarly, he is known for his raspy voice and sunglasses. He is active in this field since 2000.

Presently, he is known for songs like “Purple Lamborghini,” “Hustlin’,” and others. Additionally, he is the founder of the record label company, “Maybach Music Group.”

Rick Ross was born in Clarksdale in the state of Mississippi. His birth name is William Leonard Roberts II. He was born on January 28, 1976. Although he was born in Mississippi, he grew up in Carol City in Florida.

He spent his childhood in Florida. Other than that, there is no information about his early life and childhood. His mother’s name is Tommie Roberts and his father’s name is unknown. He has a sister, Tawanda Roberts. He does not have any brothers. He is of American nationality and his ethnicity is African-American.

As per his education, he joined Miami Carol City Senior High School. Later he graduated from there. Afterward, he enrolled at Albany State University on a football scholarship.

Rick Ross started his career involving in the rapping industry after he left the correctional officer job in 1997. He signed with Suave House Record and released his song, “Ain’t Shhh to Discuss.” Afterward, he signed with the record company, “Slip-n-Slide”. Then in 2006, he released his first studio album, “Port of Miami”.

He sold 187,000 units in the first week. He also toured around in several concerts. His second album was released in 2008 named, “Trilla.” Furthermore, he released his third album, “Deeper Than Rap” in 2009 followed by “Teflon Don” in 2010.

Till now, his other albums are “Masterminds,” “Hood Billionaire,” “Black Market,” and others. Apart from rapping, he also appears in TV shows and films. He also founded the record company, “Maybach Music Group” in 2009.

As of 2022, his estimated net worth is around $ 40 million. Information regarding his salary is still unknown to date.

Rick has been part of several controversies. In 2008, DJ Vlad sued him for charges of assault and battery. Similarly, in 2011, Teflon Don sued him for using his name as the album’s name.

Rick stands tall at a height of 6 feet. Similarly, he has a weight of 225 pounds 102 kg. While his hair color is black, his eye color is dark brown.

Furthermore, also find out more about the early life, career, net worth, relationships, and controversies of actresses like Flo Milli(Rapper), Elzhi(Jason Powres)- Rapper, and Raashan Ahmad(Rapper).