Rick Yune is an American actor, screenwriter, producer, martial artist, and former model. Currently, he is single at the moment. 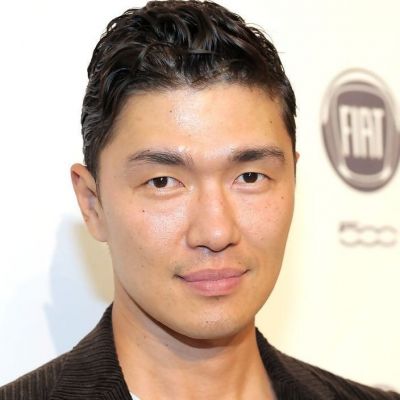 Rick Yune isn’t married yet. Currently, he is single at the moment.

Previously, Yune dated television personality, Lisa Ling from 2001 to 2005. Lisa was the co-host of View where she also shared the stage with Yune.

Then, Yune was in a relationship with actress Dania Ramirez from 2009-2010. A year after, he hookup with Nastassja Kinski for a year.

Who is Rick Yune?

Rick Yune is an American actor, screenwriter, producer, martial artist, and former model. He is best known for his role in the movies like Snow Falling on Cedars, Fast and Furious, and The Fast and the Furious.

Rick is the eldest son of Wonhui Park (mother) and Taeho Yun (father). He has a younger brother named Karl Yune who is also an actor by profession.

Similarly, Yune earned his degree in finance from the University of Pennsylvania’s Wharton School.

Further, he holds an American nationality and belongs to the Asian ethnicity.

After graduation, Rick worked as a hedge fund trader for SAC Capital however, he later left to pursue entrepreneurial ventures. While working as an intern on Wall Street trading stock he was discovered by a modeling agent and featured in advertisements for Versace and Ralph Lauren’s Polo.

In 1999, he made his film debut in Scoot Hick’s film, Snow Falling on Cedars, the film is an adaptation of David Guterson’s post-World War II novel. He portrayed the role of “Kazuo Miyamoto”,  a Japanese-American war hero accused of killing a respected fisherman in the close-knit community. After that, he got the role of Johnny Tran in Rob Cohen’s action film, The Fast and the Furious.

He also guest-starred in various television series such as Any Day Now, The Division, Alias, Boston Legal, CSI, and more. In 2002, he was cast in the role of Zao in James Bond‘s Die Another Day opposite Pierce Brosnan and Halle Berry. He has also provided his voice for the video game Scarface: The World Is Yours. He is also an associate producer of the horror film, Alone in the Dark II where he portrayed the role of Edward Carnby.

In 2001, he was nominated two times for Teen Choice Award for the film, The Fast and the Furious. He was listed as one of People magazine’s “Sexiest Men Alive” in 2002.

Yune is being sued by the British couple who claim that he scammed them out of more than $290,000. In October 2011, the couple struck a deal with Yune to buy 10 Hermes Birkin handbags.

According to TMZ, the couple claims they never got bags and Yune never returned their cash too.

Rick has amassed an impressive amount of wealth throughout his successful career. As of 2021, he has an estimated net worth of $3 million. However, his salary and other earning are still under review.

He is also a philanthropic person who has been involved in certain charitable works.

The actor has an athletic body physique. He stands at the height of 6 feet and his weight is about 82 kg. Likewise, he has a dark brown pair of eyes and as well dark brown hair color.