Rickey Smiley hosts RSMS on 70 stations nationwide. He is a father of four. 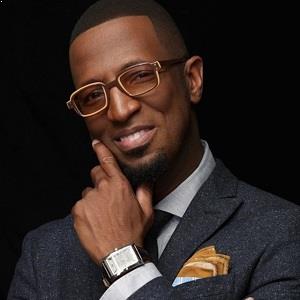 I enjoy being best father I can be and being an awesome father to the fatherless. My dad was murdered and taken away from me when I was 7, so I know what it’s like growing up without a father even though I had an awesome granddad and uncles. But to be able to fill that void for somebody else is just incredible. I would actually pay money to do it.

Rickey Smiley is the father of six children

Rickey Smiley is divorced and is the father of six children.

Four of his children, D’Essence, Brandon, Malik, and Aaryn are his biological children and the remaining children are stated to be adopted.

However, he has not disclosed any piece of information regarding his wife and separation from her.

Smiley stated on July 6, 2020, that his daughter, Aaryn, had been shot during a road rage incident the previous weekend.

Who is Rickey Smiley?

In addition, he is also the host of the nationally syndicated ‘Rickey Smiley Morning Show’ which is based in Atlanta.

Rickey was born in Birmingham, Alabama on August 10, 1968. He is currently 53 years old. After the untimely death of his father, his grandparents raised him.

His mother’s name is Carolina Smiley Lester. He belongs to the All-American ethnicity and his sister is Karon.

Talking about his education, Rickey attended Woodlawn High School. Later, he graduated from there and joined Tuskegee University for a brief period of time.

Eventually, he received a bachelor’s degree in English in 1992 from Alabama State University.

Initially, Rickey displayed his comic talents at home among his family members. His first performance was at a Comedy Club in Birmingham, Alabama.

Rickey began to appear in TV specials like ‘Def Comedy Jam’, ‘at the Apollo’, and ‘Snaps’, an HBO feature.

In addition, he starred in the full-length movie, ‘Friday After Next, alongside famous rapper and celebrity personality, Ice Cube in 2002.

He also hosted the 2000 season of BET’s ‘ComicView’ program.

Additionally, he became the morning show personality for radio station KBFB in Dallas, Texas in April 2004.

The show features the trademark prank calls, as well as news, information, and the latest hip-hop music.

Later, he signed a deal with Syndicated One to take the show nationwide in 2008. ‘The Rickey Smiley Morning Show is now heard on a number of mainstream urban radio stations.

Some of the songs that he has released include ‘Roll Tide’, and ‘We Miss Robert’. Furthermore, some of his famous prank calls include ‘Buried Alive, ‘Come Over’, ‘Uncle Melvin’, ‘Churches’ among others.

Rickey won the 2017 Marconi Award from the National Association of Broadcasters for the best network/syndicated personality of the year.

Furthermore, ‘The Rickey Smiley Show’ was nominated for the Vision Award in 2014. It won the same award in 2013.

Rickey has not revealed his salary at present. Currently, as of 2022, he has a net worth of $5 million.

There was a rumor that Rickey might be dating his co-star Claudia Jourdan from his morning show ‘The Rickey Smiley Morning Show’. There was also a rumor that he might be gay.

Furthermore, he became part of some controversies after his son Malik made a controversial statement about black women. Later, he stated that he would apologize soon.

In addition, some of his prank calls have sometimes offended people so his show is controversial at times.

Talking about his body measurement, Rickey Smiley has a height of 6 feet o inches and weighs 78 kg.

Furthermore, his hair color and eye color are black.

Rickey is quite active on social media.

Is Rickey Smiley for real Cancelled?

What is Rickey Smiley's salary?

What state does Rickey Smiley live in?

Who is Rickey Smiley's father?

‘The Rickey Smiley Show’ Host Rickey Smiley’s Prank Phone Calls!! Much More To Know About His Wife And Children