Is Rickey Thompson Single or Dating?

Talking about the relationship status of Gay star, Rickey Thompson, he is currently single and is not dating anyone.

He is more focused on his career right now. There is no info available on his past as well as present relationships. 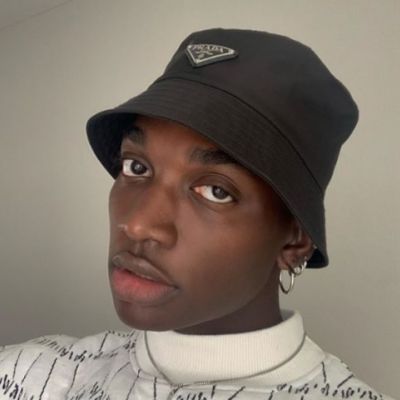 Who is Rickey Thompson?

Rickey Thompson is a popular American actor, Internet personality, and comedian. Rickey Thompson rose to fame after uploading comedic videos on his Instagram account as well as on Vine. He even appeared in the American romantic comedy series, Foursome from 2016 to 2018.

Rickey Thompson was born in Raleigh, North Carolina, the United States on February 6, 1996. Thompson is 26 years old as of 2022 and holds an American nationality. He maintains Afro-American ethnicity. According to astrology, he has a birth zodiac sign of Aquarius.

After completing schooling at Milbrook high school, Thompson went to Los Angeles to continue his career in the entertainment field, and he chose to forego college.

Further info about his parents and siblings has not been disclosed yet.

After being bullied for identifying as a gay, he began to post videos on YouTube describing his experience as a gay, the problems and bullying he has gone through, and the fashion. He shared one of his videos, while he was 17 and the video was able to accumulate a decent number of viewers.

Before the shut down of Vine, he was able to amass more than 2.5 million followers until 2016. He used to post his comedic videos on it. He then started to post short videos on his Instagram and went on to garner a good social media following. Using promotional posts and videos of his participation at events, he monetizes his videos.

In August 2013, he created a self-titled Youtube channel and uploaded his first tag video by answering the questions posted by his followers and fans. After that, he uploaded a video on activities that he hates in which Caterpillars were shown as he mentioned he hates caterpillars.

He posted the makeup challenge video, with his friend, Maggie Lindemann where they did each other’s make-up and even did the ‘clothes swap challenge.’ With weird facial expressions and make-up, he made a video considering that those kinds of makeup needed to be stopped.

He has also another skill of displaying different emotions which is very funny to watch. On the other hand, Rickey is fond of gathering a collection of Beyonce and Katy Perry posters. He has decored the walls of his room with those posters. He also mentioned that he considers his room as a mini-paradise and uploaded a separate video displaying his own closet.

His multi-talented acting skills on the screen got him the chance to be cast as Dakota Green in the American romantic comedy streaming television series, ‘Foursome’ from 2016 to 2018. He has also performed as a stand-up comedian including the Vituoos Fest and Digi Fest New York.

Similarly, was also part of the Aminé’s music video titled ‘Reel It In’ in 2018. In the same year, he walked in the designer Alexander Wang‘s runway show.

Rickey Thompson has an estimated net worth that ranges between 100K to 1M USD as of 2022. He is on the way to earning more through his hard work and successful career.

But, at the moment Thompson’s salary and yearly income are not disclosed.

Thompson has not been involved in any serious rumors and controversies. If the rumor related to him is available, it will be further updated.

Rickey Thompson stands at the height of 6 feet 1 inch while his weight is yet to be disclosed. However, in 2016, Rickey Thompson came out as gay via Twitter.

Moreover, he has a pair of dark-brown eyes and black-colored hair.

Rickey Thompson is present on Instagram under the username, @rickeythompson which has around 5.3 million followers. Likewise, he also has a Twitter account where more than 968.1K people follow him while his Tiktok account is enriched with over 3 million followers and 37.2 million likes.

Furthermore, his self-titled Youtube channel has garnered more than 1.19 million subscribers. There is also an official Facebook page under his name, which has amassed about 176K followers.

Read Out About, Erik Stocklin, Dawson Day, and Jhacari Blunt.