Ricki Lake is an American actress, television presenter, and producer.

Next, Lake began dating Christian Evans in the summer of 2009. Later, they became engaged in August 2011. The couple married on April 8, 2012.  On 29 October 2014, Lake filed for divorce from Evans, citing “irreconcilable differences”, However, in December 2014, they announced they had put their divorce on hold. The divorce was finalized in 2015. 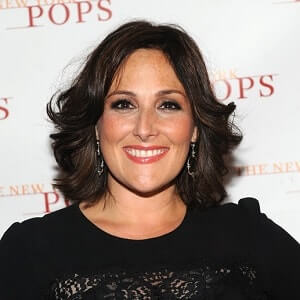 My goal in life was to be loved and adored by everyone.

I never set out to be a role model for large women, I just do what I feel is right.

I want (my children) to be in touch with the real world and to be able to see themselves as just two of the billions of people on this planet. There's a lot of charity work that we do as a family. This year they went to Malawi to build a house for a family that needed a home. Volunteer work is incredible for kids who are growing up rather privileged and need to really get a sense of the world, the big picture.

Who is Ricki Lake?

Ricki Lake is an American actress, television presenter, and producer. People mostly know her for her talk show which was broadcast internationally from September 1993 until May 2004.

Additionally, she has appeared in movies and television series including ‘Gemini’, ‘Hairspray Live!’ and ‘Crazy Ex-Girlfriend’ among others.

Lake was born in Hastings-on-Hudson, New York on September 21, 1968, to parents Jill and Barry Lake. She is 53 years old.

Throughout most of her childhood years, she was brought up by her paternal grandmother, Sylvia Lake, until Sylvia’s death in 1978. She is of American nationality.

Furthermore, she belongs to Ashkenazi Jewish ethnic background. Talking about her education, Lake attended Ithaca College for one year.

Next, she also starred in other Waters films including ‘Cry-Baby’ and ‘Cecil B. Demented’, and ‘Serial Mom’. Since then, Lake has appeared in numerous other movies and television series. All in all, she has over 40 credits as an actress.

Some other movies and television series that Lake has appeared in are ‘Drop Dead Diva’, ‘Charm School with Ricki Lake’, ‘Loving Leah’, ‘Matters of Life & Dating’, ‘The Middle’, ‘Park’, ‘King of the Hill’, ‘Higglytown Heroes’, ‘The King of Queens’, ‘The Critic’ and ‘Skinner’ among others.

Additionally, she also has 8 credits as a producer and has 3 credits for soundtracks. ‘Ricki Lake’ was Lake’s first daytime talk show and at 24. She is also an author and has written books including ‘ Your Best Birth: Know All Your Options, Discover the Natural Choices, and Take Back the Birth Experience’.

Lake won the Aftonbladet TV Prize in 1996. Additionally, she also won the Daytime Emmy Awards in 2013. Furthermore, she has also garnered the nominations for Independent Spirit Award and People’s Choice Awards.

Lake has not revealed her current salary. However, she has an estimated net worth of around $16 million at present (2022).

Lake became part of a controversy after she cited sexual abuse as a child as a reason for her obesity. Additionally, she also came to the news after her rented Malibu home was destroyed by a fire on September 18, 2010.

Furthermore, she also became part of another controversy after the alleged mishandling of her then-upcoming episode of the ‘Ricki Lake show’. At present, there are no rumors concerning her life and career.

Talking about her body measurement, Lake has a height of 5 feet 4 inches (1.63 m). Additionally, she weighs around 59 kg. Furthermore, she has a measurement of 36-27-35 inches. Her hair color and eye color are dark browns.

Also get to know more about the birth facts, education, career, net worth, rumors, height, and social media of different personalities like Tim Robbins, Billie Piper, and Ellen DeGeneres.

Ricki Lake has a new boyfriend two years after her ex-husband Christian Evans died in suicide!