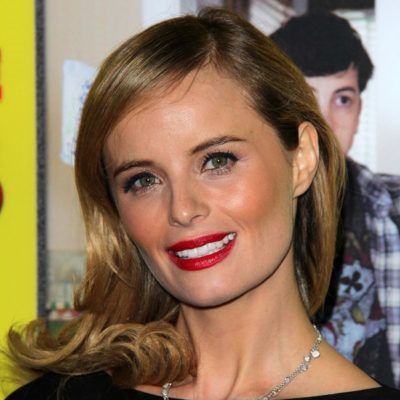 Who is Ricki Lander dating?

She was in a relationship with Robert Kraft, the American billionaire, and business magnate. He is the CEO and Chairman of The Kraft Group. Kraft is 39 years older than Lander.

He has four children from his previous relationships. The couple was together from 2012 till 2018.

They have been spotted with other men and women as well. In the year 2017, Lander gave birth to a daughter. Though Kraft has been providing support to both Lander and her baby, he denies being related to the child.

Who is Ricki Lander?

She first came to the limelight in 2008 with the cult film ‘Iron Man’ and soon followed it up with guest roles in popular television series such as ‘CSI Crime Scene Investigation’ and ‘Prison Break’.

Lander was born on December 14, 1979, in Salt Lake City, Utah. Her birth name is Ricki Noel Lander, and she is currently 40 years old.

Her birth sign is Sagittarius. She was born to her parents; Robert A Lander (father) and Peggy Lander (mother). Ricki holds American citizenship and mixed (Ashkenazi Jewish- Dutch- Frisian) ethnicity.

In which university did Ricki Lander attend?

Lander enrolled at the Florida International University in Miami. During her tenure at University, she received several Academic and Artistic scholarships.

Ricki marked her debut in acting with television. Whereas, her first-ever role was as herself in the popular television series ‘The Class’ in the episode ‘The Class Goes to Bar’ in 2006.

In the same year, she did an uncredited role of Dream Girl in ‘The Achievers’ and a recurring role as herself in ‘RTL Boulevard’.

Ricki Lander was flooded with opportunities, both for the big and small screen. The big breakthrough in Lander’s career came with the 2008 blockbuster film ‘Iron Man’ where she starred alongside Robert Downey Jr. and Terrence Howard.

‘Iron Man’ escalated Lander’s career to greater heights. Her performance in the film and was lauded by both critics and the audience.

In 2011, Lander played a guest role in the movie ‘Life Happens’ and soon followed it with ‘A Green Story’ and ‘Lost Angeles’. Lander’s recent role in films has been for the film ‘Ant-Man’ opposite Paul Rudd.

Similarly, she appeared in the television series ‘Unforgettable’ and ‘Blue Bloods’ in special roles. Whereas, Ricki modeled for several brands and publications under a contract with Ford Models.

She brought the idea of a ‘contemporary stylish female fan’ in the sports arena to Fanatics who welcomed it with open arms and thus led to the creation of casual and chic fan gear.

While pursuing her acting career, Lander spent several years under cont7ract with Ford Models, shooting for a variety of brands and publications.

In the year 2016, she co-chaired the New York City Ballet Fall Fashion Gala along with fellow hosts Sarah Jessica Parker and Daisy Maeda.

What is Ricki Lander’s net worth?

Ricki Lander has an estimated net worth of around $2 million as of 2022 and she has accumulated that sum of money from her professional career.

Ricki Lander has a height of 5 feet 9 inches and she weighs is 60Kg.

Ricki’s hair color is blonde and her eyes color is hazel.