Posted on May 31, 2022 | In controversy , Interesting Facts , Sexuality
Share this 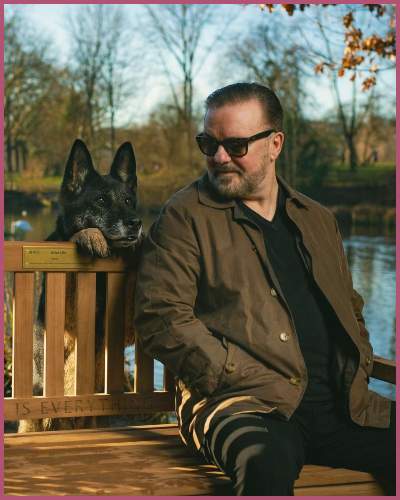 The actor/comedian is already getting a lot of heat over his graphic jokes mocking the trans community following the release of his new show.

The one-hour show featured jokes that have been widely condemned as transphobic, homophobic, and overall LGBTQ community. Within minutes after the show started, Gervais takes aim at trans women,

“The old-fashioned women – oh, God. You know, the ones with wombs? Those f—ing dinosaurs. I love the new women. They’re great. The new ones we’ve been seeing lately – the ones with beards and c***s,”

He then continued his lines by saying,

Gervais claimed that his jokes aimed at the trans community were solely for shock value. At the end of the special, he later goes on to state he’s a trans rights supporter, saying,

“In real life, of course, I support trans rights. I support all human rights, and trans rights are human rights. You know, live your best life. Use your preferred pronouns. Be the gender that you feel you are.”

Trans woman Alejandra Caraballo made a joke online comparing Gervais to a penis. The day the special launched, she tweeted,

“Ricky Gervais can dish it but he can’t take it. He’s such a thin skinned little bitch that searches his own name and blocks anyone mocking him on Twitter. He proved my tweet right. What’s the matter Ricky? Too challenging for ya?”

Similarly, SNL-associated producer Greg Scarnici acknowledges that they’re canceling Netflix because of it. He tweeted,

“Canceling my @netflix subscription. Enough with allowing hate speech and transphobia under the guise of comedy. And @rickygervais, I’m not one to cancel people and truly hope you learn from this. You’re such a smart comedian. I know you’re better than this.”

If many people are alleged Gervais of anti-trans jokes while the others are in support of him. One user penned,

Ricky Gervais is an English actor, writer, director, standup comedian, host, and singer. He is best known for BBC comedy sitcoms such as ‘The Office’ and ‘Extras’ in 2005. Furthermore, he has created the famous video podcast, the Rickey Gervais show. See more…