Sold 70 million records worldwide, Ricky Martin is gay and a father of three.

Ricky Martin had a short-lived affair with former Argentine tennis star, Gabriela Sabatini in 1992. In her later interviews, she would term it as the craziest love of her life. They had also reportedly got engaged for a week as well. Martin started going out with Mexican model and television presenter, Rebecca de Alba.

They had their share of heartbreaks in the course of their relationship including her miscarriage, while she was pregnant with his son. Even, after their separation, they remained on good terms and he even called her the perfect woman in his memoirs.

They had first met while shooting for the music video of his song, La Bomba, in which Adriana was cast. They went out for about a year before breaking up on amicable terms. He was in a relationship with the stylist, Maital Saban in 2000. They made their relationship public by walking the red carpet together at the Grammy Awards held in the same year. Their relationship fizzled out a couple of months after the awards. Ricky Martin started dating Latvian model Ines Misan by the start of 2001.

They had known each other for more than a year before becoming an item. The rumors of them being a couple started circulating after they were spotted together at a music festival in San Remo. They made their relationship public by posing on the red carpet at the Rock and Roll Hall of Fame gala in New York City.

He dated Nathan Lane, they were seen hanging out with Lane and they were even pictured partying at Disco Central in New York City. Ricky Martin started dating businessman Carlos Gonzalez in 2010. He made his relationship public at the GLAAD Media Awards ceremony as he thanked Carlos in his award acceptance speech. In December 2014, the rumors of their relationship coming to an end had started swirling around due to his cryptic tweets. In January 2015, he finally issued a statement revealing that he and Carlos have separated.

Ricky met his life partner Jwan Yosef, who is a Swedish painter of Syrian origin on Instagram. He had found his art while scrolling and sent a message of appreciation. After that, they chatted on social media for around 6 months before Ricky went to London to meet him.

The rumors of them dating started circling around in April 2016 after they were first spotted looking cozy in Japan and then, on a beach outing in Malibu. They made their red carpet debut as a couple in the same month at amfAR Inspiration Gala in Sao Paolo. In November 2016, they had got engaged. He had proposed to Yosef in September. They were married by January 2018.

On December 31, 2018, it became public knowledge that Jwan and Ricky have welcomed a daughter named Lucía Martin-Yosef. 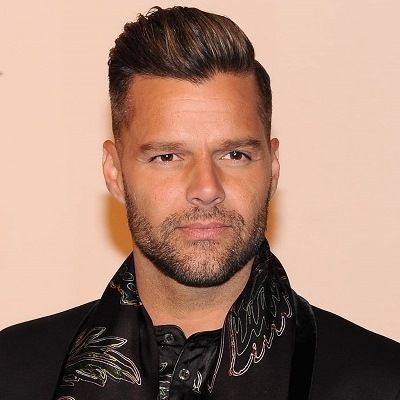 Self-respect and to fight for what you want. I love my dad because he allowed me to do what I wanted, even though he knows I wouldn't succeed in some moments. With success or failure, people grow. I wouldn't limit the life of my child, because that way you learn the importance of being realistic.

I eat everything, that's a problem. I don't have discipline. My favorite dish in the Caribbean. Meat, rice, lots of grains. But I do like to do exercises. Lately, I've been having capoeira classes and lots of cardiovascular exercises, such as jogging and cycling.

I am very sad. No one will be able to replace him. But I know that the light that he emanated from the stage will live on with all of us who saw him for what he was and always will be - a great teacher, pure musical inspiration.

Who is Ricky Martin?

Ricky Martin is a famous Puerto Rican singer who is widely regarded as the “King of Latin Pop”.

Likely, he released a couple of albums in Spanish before he was chosen to compose ‘La Copa de la Vida’ (The Cup of Life) as the official theme of the 1998 FIFA World Cup.

Whereas, his parents divorced when he was just two, after which he shuffled between his father’s home and paternal grandparents’ house during childhood.

Talking about Ricky’s education history, he attended Tisch School Of The Arts. He dropped out of college and moved to Mexico to perform onstage in ‘Mama Ama el Rock’ and act in Mexican telenovela ‘Alcanzar Una Estrella’.

Talking about his profession, he was selected in the Latin boy-band Menudo in 1984 after three auditions and gave his first performance a month later at the Luis A. Ferre Performing Arts Center, San Juan. He traveled around the world as the band’s lead singer for the next five years, performing in various languages.

Additionally, he released his debut solo Spanish-language album ‘Ricky Martin’ in 1991, under Sony Discos, which became a hit on the Latin charts. Later, he acted in the ABC’s soap opera ‘General Hospital’ in 1995, and ‘Les Miserables’, a Broadway production in 1996.

Whereas, his third album ‘A Medio Vivir’ came out in 1995 and became a turning point of his life as it sold over 3 million copies worldwide. In the same year, he lent his voice in the Spanish version of the Disney animated film ‘Hercules’. In the year 1998, he recorded his fourth album ‘Vuelve’, which hit No. 1 on Billboard Top Latin Albums, apart from becoming his first album to figure in the top 40 on the US Billboard 200.

Similarly, he compiled his greatest Spanish-language hits on the 2001 album ‘La Historia’. His 2005 album ‘Life’ marked his return to English-language pop, which proved more successful in French-speaking nations, especially France.

Eventually, he traveled the globe with his ‘One Night Only with Ricky Martin’ tour in 2006, performing in Latin America, the United States, Europe, and Africa.

In between, he performed at the closing ceremony of the 2006 Winter Olympics in Turin, Italy. He recorded his blockbuster ‘MTV Unplugged’ concert in 2006, which was released on both CD and DVD formats.

Moreover, he released his chart-topping album ‘Musica + Alma + Sexo’ in 2011, which reached No. 1 on the Billboard Top Latin Albums. He also made a special appearance on an episode of Fox TV’s show ‘Glee’ in 2012.
Therefore, he released his first children’s book ‘Santiago the Dreamer in Land Among the Stars’ in 2013.  During 2014, he embarked on ‘Mexican One World Tour’ and ended the concert at the opening ceremony of the 22nd Central American Caribbean Games.

He won the Male Entertainer of the Year at Special Achievement Award in 2000, he won the Outstanding Music Artist (Spanish Language) at GLAAD Media Award.

He has an estimated net worth of around $120 million and he has earned that sum of money from his professional career.

There was a rumor that Ricky Martin dated Colombian singer Maluma and Gugu Liberato in 1997. Martin was RUMORed to have hooked up with Victoria’s Secret supermodel, Alessandra Ambrosio towards the end of 2004. Currently, he is far from rumors and controversies.

Ricky Martin has a height of 6 feet and he weighs 82Kg. Additionally, his chest, waist, and biceps size is 44-33-15.5 inches respectively. Ricky’s hair color is black and his eyes color is dark brown.