Who is Rico Cash Dating?

The rapper artist, Rico Cash is currently dating, Lira Galore. Even, the shade room confirms that they are seeing each other at the moment.

As per the sources, they are on vacation in Punta Cana. Looking at their social media posts, they seemed to be enjoying it a lot.

Apart from this, the info on when and how they started seeing each other has not been shared. We will update the info as soon as possible. 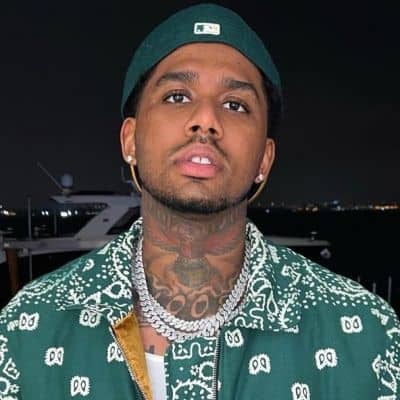 Who is Rico Cash?

Rico Cash is an emerging rapper famous for his fast-talking vocabulary and savvy street appeal. He is known for his music video, ‘Walkin.’

Currently, he is in the limelight after his dating rumors with Lira Galore broke out in June 2022.

The details on date and place of birth, age, parents, and education of Rising star are still under review.

However, according to the sources, he belongs to an African nationality with Afro-American ethnicity.

The emerging star is set to make a huge splash in 2022 through the release of his new music video for the track, ‘Walkin.’ Jeffrey ‘J-Squared’ Jackson, is the director of the video, and he is seen to be expressing that he will do much better in the upcoming days. His following song is out now on 1008 Records.

Besides, Rico Cash has a self-titled Youtube channel as well, where he has posted around 14 videos as of June 19, 2022.

Some of his official music videos shared on youtube include Members Only (Official Video) Ft. Yak Gotti, Winner, What I Saw/ Outro, Lemon Pepper Freestyle, Serving, “WHO RUNS IT FREESTYLE”, Hard As Hell, and Thank God.

He might accumulate a successful career in the future through his ongoing hard work.

The net worth of Rico Cash has not been calculated yet. But, it is believed that he is making a decent income through his music videos.

As soon as the data on his net worth, earnings, and salaries are found, it will be updated.

Through the Instagram picture of Atlanta-based star Rico cash and model, Lira Galore, they are rumored to be dating. Even, the shade room confirms that they are seeing each other at the moment.

The artist stands at a good height with normal weight. In addition, his physique measurements are not available at the moment.

Similarly, Rico Cash has black hair and eyes having a brown skin tone. It seems like he is fond of tattooing his body. So, he has tattoos on his leg, neck, hands, fingers, and chest.

Moreover, people are also found making Tiktok videos on his songs like serving, walkin, but he does not have an official Tiktok account at present.

Get to know about, Role Model (Singer, Rapper), Elzhi(Jason Powres)- Rapper, and Gift of Gab(rapper).