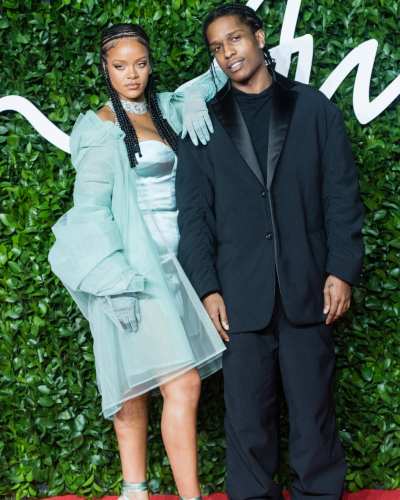 Rihanna and ASAP Rocky are dating! The speculations of two of them dating sparked on the Internet since the beginning of 2020. But has the couple confirmed their relationship? Many sources have claimed they are enjoying many dates together.

Are Rihanna and ASAP Rocky dating?

The singer and Rocky are constantly stepping outdoors together. Recently, she went for dinner with some friends at New York’s Beatrice Inn Saturday night. This July’s Fenty Skin campaign had Rocky in the promotion. They were working together on a promotional tour of Fenty Skin the following month. They also appeared in a two-part video series for Vogue, and GQ.

In January 2020, the singer broke up with her three years boyfriend Hassan Jameel. After a month of their split, the first spark of Rocky and the singer after hanging out together for months.

One of the sources mentioned the singer is just hanging out with Rocky. She stated:

“Rihanna is single. She just got out of a long intense relationship with Hassan. She wants to be single and isn’t going to jump into something. She’s hanging out with ASAP Rocky, but she is not dating him.” Things can obviously change over time.

In a video, ASAP revealed his experience talking about working with Rihanna. He mentioned the hardest part of working with her is goofing and laughing the whole time.

“That’s the hardest part. You know, people be so cool it’s hard not to, not to laugh. That’s all. But it was fun. The hardest part is not having too much fun. You just forget that it’s still work at the end of the day.”

ASAP and Rihanna have a good friendship for a while now. He was also an opener act for the U.S. dates of her Diamonds World Tour in 2013. Rocky also appeared on one of her tracks ‘Cockiness’. They also attended a Louis Vuitton fashion show together in Paris in 2018.

Previous relationship of the couple

Rihanna ended her three years of relationship with her former boyfriend Hassan Jameel. Hassan is a billionaire businessman from Saudi. The former couple was very private about their relationship at the time. During the time, they went on many exotic vacations together.

In 2017, when the singer has a sparkling ring on her finger, there were rumors of their engagement. However, both of them denied it.

Later on, at the beginning of 2020, they broke Rup and went their separate ways. On the other hand, Rocky was previously dating Kendal Jenner.

Rihanna is a popular songwriter, pop, and R&B singer of Barbadian origin, Fashion Designer, Model, and Actress. She is also one of the parts of Music stars. She came to fame after her singles, Murderer. The singer started her singing career by stepping into the music world in 2003. She got recognized in 2005 after releasing her first studio album. See more bio…

You may also read- Gabourey Sidibe And Brandon Franke Are Engaged!