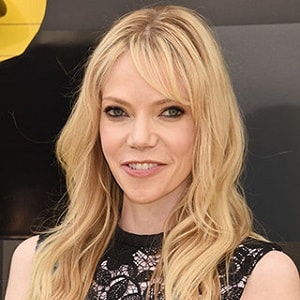 “If you believe in what you're doing, you should just do it. You'll keep getting better.”

Riki Lindhome is living her single life. She is currently busy in her career and might be searching for the perfect one. Also, there is no information available about her past relationship and affair. As she likes to keep her profile low, she likes to avoid question regarding her personal life and about her relationship status.

Who is Riki Lindhome?

Riki Lindhome is an American actress, comedian, and musician who is well known for her roles in the television shows like ‘Garfunkel and Oates’, ‘Gilmore Girls’, ‘The Big Bang Theory’, and ‘United States of Tara’.

She was born on March 5, 1979, in Coudersport, Pennsylvania, USA. Riki is currently 40 years old. She grew up in Portville, New York and is primarily of Swedish ancestry. Riki has not disclosed information regarding her parents, siblings, and her childhood.

Rikki holds American citizenship but her ethnicity is Swedish, German, English, and Irish.

She attended Syracuse Univesity and became the part of the sketch comedy group called Syracuse Live. She graduated from there in 2000.

After graduation, she landed on a small role on the sitcom ‘Titus’ and a minor role in the popular series ‘Buffy the Vampire Slayer’. She made her breakthrough in the year 2003 after she got a place in Tim Robbin’s Actor’s Gang theatre group and made her appearance in ‘Embedded’. Then, she appeared as Mardell Fitzerald in the Academy Award-winning film ‘Million Dollar Baby’.

In addition, she had a small role in the film ‘Changeling’ in 2008 in which she played an examination nurse. She guest starred in the popular television series like ‘The Big Bang Theory’, ‘Pushing Daisies’, ‘Criminal Minds’, etc.

After that, Riki made her appearance in the feature film remake of the Wes Craven classic, ‘The Last Hope on the Left’ in 2009. Then, she along with Natasha Leggero founded the comedy series ‘Another Period’ and starred together in the series. She portrayed the supporting role in ‘The Lego Batman Movie’ in 2017 and appeared as a hungry cat in ‘Crazy Ex-Girlfriend’ in 2019.

She has an estimated net worth of around $400,000 and she has earned that sum of money from her professional career. However, her salary and income are under review.

The actress has been successful in maintaining his celebrity status in his professional career and has not been involved in any types of rumors and controversies.