Riley Cooper is a retired American football wide receiver who played in the National Football League for six seasons. He is possibly single.

Riley Cooper may sound odd to many, but the former NFL star has a soft spot in his heart for his love life. Unfortunately, Riley is highly private about his personal life, and little is known about his love life.

While he was seen with various women, Cooper did not confirm that any claims were real or false. At the moment, he’s not married to anyone. 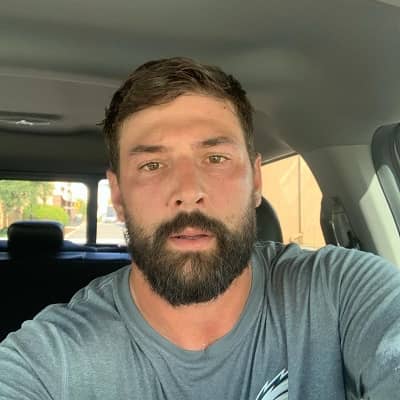 Who is Riley Cooper?

Riley Cooper is a retired American football wide receiver who played in the National Football League for six seasons.

At the University of Florida, where he was a member of two BCS National Championship teams, he played college football.

In the fifth round of the 2010 NFL Draft, he was selected by the Philadelphia Eagles, where he spent his entire career.

He was born on September 8, 1987, in Oklahoma City, Oklahoma. He was brought up in Clearwater, Florida.

His parents gave birth to Riley; his dad was Larry Cooper and his mum was Monica Cooper.

Not much is known about the former NFL player’s family. He has a younger sister, Lindsey, who has been interested in sports as well.

Linsey played soccer at the University of Florida for the Florida Gator Women’s team. The Coopers were, most likely, sports lovers.

The connection between Cooper and American Football started at Clearwater Central Catholic High School, where his school team played football and baseball.

In high school football, he achieved admirable achievements; not only was he the team’s captain in his senior year, during this period he won all-state awards, as well as a free safety, and was also a three-time all-county selection.

In football and baseball as well, Cooper was good. He was selected in the 2006 Major League Baseball Draft in the 15th round after his impressive baseball stint, but he refused it, opting to return to football where the larger part of his passion was lying.

Cooper went on a scholarship to the University of Florida in 2006, where he participated with the Florida Gators. After an excellent freshman season, which saw him clinch 92 yards with 4 catches and 3 touchdowns, he received a nomination for SEC Freshman of the Week.

Also very impressive was his Sophomore season in 2007; he made two starts in 10 games out of 10 appearances. Cooper had rushed 182 yards at the end of his second year, caught eight passes, and had two touchdowns. He played in 14 games in his junior season, totaling 261 yards on 18 catches for 9 touchdowns.

When he was picked by the Philadelphia Eagles in the 2010 NFL Draft in the fifth round, Riley Cooper started his professional career. He was the 159th selection overall.

In July 2010, Cooper subsequently signed a four-year deal with the club. With seven catches and one touchdown, his 2010 season finished with a record of 116 yards.

In his 2012 season, Riley sustained an injury and missed some of his games.

He later returned in the middle of the season and finished off with a total of 248 yards with 23 receptions and three touchdowns. In the 2013 season, Cooper completely bounced back, posting an outstanding 835 yards with 47 catches and 8 touchdowns.

In the 2015 season, Cooper’s stay with the team came to an end after he suffered a foot injury. Following a very poor performance, he was released by the team and was not selected by any other. The following year, he voluntarily retired from the NFL.

When playing college football at the University of Florida, he won two National Championships and two SEC Championships.

While playing for the University of Florida, he also won two BCS National Championships with Tim Tebow.

Riley Cooper may have retired early from the NFL, but during his playing days, he made a lot of money. It should be noted that Cooper’s contract was renewed for five years at $25 million with $8 million secured after his 2014 season with the Eagles.

In 2015, during his career, the retired NFL player earned a record $4 million as his base salary-the most he ever earned every year.

He may not be an NFL player at the moment, but Cooper is sure to enjoy a happy life. He has not disclosed his net worth to the public but according to the different web sources his net worth might be around $2 million as of 2022.

Riley Cooper nearly went down as the most controversial NFL player in history. With his highly spirited and fearless personality, he always attracted all eyes to himself in the locker room.

For those who are still curious why Cooper left the NFL early.

After he was captured on camera shouting racial slurs after a concert on June 9, 2013, Riley was shown the door.

There is zero tolerance for racism in the world of sports and Cooper was used as a convenient excuse.

He had an unexplained fine issued and was removed from team activities. He was also required to undergo awareness training. Though he apologized for his insensitivity, a lot of African-American NFL players were scarred by Cooper’s behavior.

The Philadelphia Eagles released him and no other team took him. The reasoning behind his early retirement from the NFL seemed to be this.

Cooper’s height is 6 feet and 4 inches tall and he weighs around 104 kg. he has a pair of brown eyes and as well as brown hair. His other body measurements are not available right now.