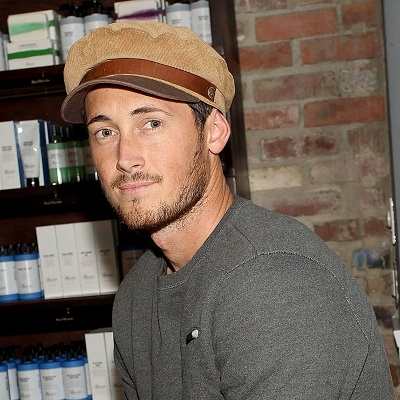 What is the relationship of Riley Harper?

Riley Harper’s current relationship status is possibly single. To date, he has not introduced anybody as his wife or girlfriend.

His Instagram posts suggest that he is a passionate traveler who loves traveling in his bikes and vintage cars. When it comes to traveling seasides are some of his favorite traveling destinations.

Who is Riley Harper?

Riley Harper is a stunt double. He is renowned as a member of the brand X Stunts. Last, in 2019, he performer stunts for the TV series, Soundtrack.

Next, he will coordinate the stunts of the movie, The Tomorrow War as stunts coordinator. Currently, the movie is in the stage of post-production.

Riley Harper was born on 16th May 1989 in Los Angeles, California. His birth name is Riley Thomas Haper. He is of Mixed (British, Irish, Scottish) ethnicity.

He is the fourth generation of his family who was born and brought in California. His grandfather was a pilot by profession. Later, his father and uncle also followed in the footsteps of his grandpa.

He shares a very strong bond with his father. His father was the one who brought him the racing dirt bikes at the age of four. Since then, he fell in love with riding bikes.

Growing up, he was raised in a musical environment as his family was a bunch of music lovers. However, he got impressed with the friends of his father who were stunts performers.

In 1998, Riley Harper entered the entertainment industry with the movie, Soldier as a stunts man. After that, he performed stunts for the movies like Lords of Dogtom, Wanted, and Knight Riders.

In 2009, he became a part of the movie, Fast & Furious as a stunts performer. The same year, he performed the stunts for the TV series General Hospital as a stunt performer.

In 2014, he expanded his career as a stunts driver with the TV series, The Mentalist. The same year, he started coordinating students of the series with the series, Switched at Birth. Some of his other movies as a stunt coordinator are-

Some of his other TV Projects as a stunt performer include Baskets, NCIS: Los Angeles, Soundtracks, and many more.

As of 2020, he has an estimated net worth of $1.5 million. His earnings stunts double are in the range of $62k or above on average.

Riley is truly passionate when it comes to bikes. Currently, in his garage, he has a 1969 Triumph Bonneville that he himself built from scratch.

Besides that, he has the 1959 Corvette that his grandfather bought in 1959.

Riley Harper has blue eyes with brunette hair. He stands at a height of 6 feet 1 inch and weighs around 77 kg.

Talking about the appearance, he has a charming persona with oval-shaped facial features. Also, he prefers to have slightly grown facial hair.

To the date, he has not been through any sort of controversy and scandals that created a buzz in the media. Besides that, he has managed to maintain distance from any type of rumors.