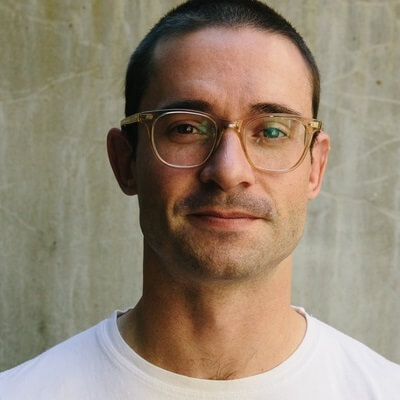 Riley Stearns is a divorcee.

He was previously married to Mary Elizabeth Winstead who is a famous American actress and singer. They met each other on a cruise in 2002 and started dating since then. After 8 years of dating, the couple married on October 9, 2010.

However, after being married for 7 years, the couple announced their divorce on May 14, 2017. Elizabeth had said that her decision on divorce was scary, crazy, and empowering. After the divorce, Elizabeth started dating her ‘Fargo’ co-star Ewan McGregor.

Who is Riley Stearns?

Riley Stearns is an American filmmaker who is famous for directing famous films like ‘Faults’ and ”The Art of Self-Defense’. He is also known by the people as the ex-husband of the famous actress, Mary Elizabeth Winstead.

Riley Stearns was born on June 29, 1986, in  Austin, Texas, USA. His current age is 34 and his ethnicity is Germanic. There is no information about his parents or his siblings since he hasn’t revealed it yet.

Regarding his education, he attended the University of Texas. However, he dropped out of college after being turned down by the film program.

Stearns made his film debut as a production assistant in 2007 for the TV series ‘Bionic Woman’ in the episode ‘The List’. The following year, he worked as an assistant to writers in nine episodes of the TV series ‘My Own Worst Enemy’. He then earned his opportunity to write the script for the episode ‘Surveillance’.

In 2010, he was able to join the drama-fantasy TV series ‘Tower Prep’ as a staff writer. The following year, he debuted his first independent short drama ‘Magnificat’ which he wrote and directed himself. ‘Magnificat’ was a short horror film featuring his wife Mary Elizabeth Winstead and Stephen Tobolowsky. Because of this film starring Elizabeth, Stearns started getting attention from the viewers.

He continued writing and making short movies. In 2012, he wrote and directed a comedy short called ‘Casque’. The following year, he directed ‘The Club’ which was also a comedic-short and it earned him a spot for the nomination for the ‘Short Film Grand Jury Prize’ at the Sundance Film Festival.

In 2014, he wrote and directed his first full-length comedy crime drama movie called ‘Faults’. This movie became his most successful and hit movie to date as it received three nominations. The nominations were ‘Audience Award’ at the SXSW Film Festival, ‘Audience Award’ again at the AFI Fest, and the ‘Best Screenplay Award’ at the BloodGuts UK Horror Awards. He then directed other famous movies like ‘The Art of Self Defense’ and ‘Dual’ in 2017-2018.

His net worth is around $7 million. Most of his income comes from directing movies. His actual salary is not calculated yet. However, the average salary of a filmmaker is around $115K per annum.

His ex-wife, Mary Elizabeth Winstead has an estimated net worth of around $6 million.

Riley became a part of rumor in 2017. The rumors were about his married life with Marry Elizabeth Winstead. It was rumored that the couple were not happy and were struggling to live together. They then got divorced in the same year leaving the fans disappointed.

He has a height of around 5 feet 8 inches and weighs 72kg. He has black hair with dark brown eyes.

You may also like to know more about the Bio, Age, Career, Net Worth, Rumors of John Crowley, Chris Long, Scott Rolen, and Alison Sudol

Mary Elizabeth Winstead announced that she is splitting the way from Husband Riley Stearns; Says “We Are Still Ride or Die”