Posted by MarriedBiography Posted on January 17, 2021 | In Anime/Fictional Characters , Interesting Facts
Share this

The supporting character, Rill Boismortier is renowned as the captain of the Azure Deer. He is also a member of the Royal Knights squad.

During the Eye of the Midnight Sun’s attack, he was possessed by the elf Lira.

Born into a noble family, Rill celebrates his birthdate on the 16th of March. Currently, he is 19 years old making him the youngest captain in the Clover kingdom history.

As a child from a noble family, he was provided with all the facilities that he required. However, he lost track when he received his grimoire that granted his painting based magic.

Most of the time, he used to spent his time working on his painting magic. However, he never succeeded. As a result, he used to get frustrated often which caused the destruction. His motive for life changed when he got slapped by his butler after serious destruction.

Rill Boismortier is currently single. As of now, he is devoted to his country as the captain of the Azure Deer.

Besides that, in the series, his love interest has not been shown despite being one of the most popular captains within the clover kingdom.

– Grimoire- He possesses the three-leaf clover grimoire. It holds various painting based spells.

– Brush and Palette– When he uses his painting magic, he summons the paintbrush and palette.

– Painting Magic- He possesses Painting magic. Using his magical power, he is able to generate and manipulate paints. The painting magic can bring his painting into life.

Being a nobleman and captain of the Magic Knights squad, he possesses an immense mana pool. After the immense training, he learned to use the unique fighting style of the country.

He has pink eyes with Aqua colored hair. He stands at a height of 5 feet and 5 inches (1.65 m) and a decent weight.

The captain puts on a light-colored shirt with a blue vest. He has a diamond mark on his head. 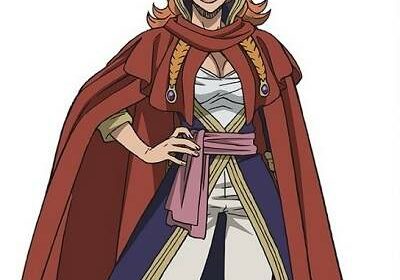