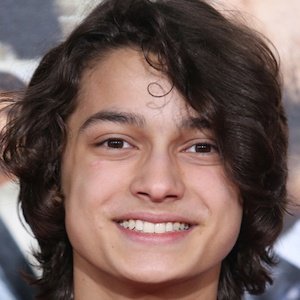 “Laughter's not the only way to show that something is funny.”

Who is Rio Mangini?

Rio Mangini is an American actor, composer, and musician. He is famous for his role as Ace McFumbles in ‘Bella and the Bulldogs’ and as McQuaid in ‘Everything Sucks!’.

He was born on October 6, 2002, in California, USA. He is currently 16 years old. His father’s name is Mark Mangini and he is Academy Award-winning sound editor. He holds American citizenship. His ethnicity is unknown.

He attended The Colburn School of Performing Arts.

He is a Pianist and placed first in the 2011 Cypress College Competition (8-year old division), and honorable mention in the 2011 American Protege International Piano Strings Competition.

He made his appearance as Jax in the film ‘Six Letter Word’ in 2012. The film made it through the Emerging Filmmaker Showcase to the Cannes Film Festival in 2013.

Mangini made her appearance in ‘Good Luck Charlie’, ‘Switched at Birth’, ‘Doc McStuffins’, and ‘See Dad Run’, ‘Pizza Bear Delivery Challenge’, ‘The Little Rascals Save the Day’ and ‘Finders Keepers’. Mangini performed in ‘One Crazy Cruise’, ‘Miles from Tomorrowland’ and ‘Bella and the Bulldogs’ in 2015, ‘Teen Wolf’ in 2016, and ‘General Hospital’ in 2017.

He appeared in ‘Lethal Weapon’ and’ Just Add Magic’ and starred in the Netflix comedy-drama series ‘Everything Sucks!’ as McQuaid in 2018. Mangini is also set to perform music and compose for the film.

He was awarded Young Artist Awards for Outstanding Instrumentalist in 2012, won Best Performance in a TV Series (Guest Starring Young Actor 11–14) for ‘Good Luck Charlie’ in 2015, won Best Leading Young Actor (Television Movie, Mini-Series or Special) for ‘One Lazy Cruise’ in 2016, and won and nominated several times in his career.

His salary is in between of $15k per episode form his career. His net worth is about $1 million.

He has not been involved in any rumor and controversies in his personal and professional career.

He has a height of 5 ft. 7 inches and he has got dark brown eyes and black hair.