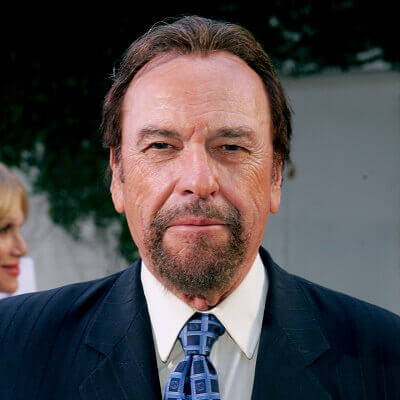 What is the relationship of Rip Torn?

Rip Torn was married prior to his death. He was married to Amy Wright. He married the actress on 15 March 2004. From their marriage, the couple had two children, Katie, and Claire Torn.

His second marriage was with Geraldine Page. The couple exchanged wedding vows on 8 September 1963 and were married until her death on 13 June 1987. From their marriage, they had three children, Angelica Page (actress), and twins Tony Torn (actor), and Jon Ton (an associate professor at Northern Arizona University).

His first marriage was with the actress Ann Wedgeworth. The couple exchanged wedding vows on 15 January 1955. From their marriage, they had a daughter named Danae Torn. They got divorced in 1961.

Who was Rip Torn?

Rip Torn was an Emmy-winning American actor who had a career of over six decades. He is best known for his work in ‘Cross Creek’ and ‘The Larry Sanders Show’.

He was born to parents Elmore Rual Torn, Sr. (father), and Thelma Mary Torn (mother). His father was an agriculturalist and economist and was working to promote the consumption of black-eyed peas. His mother was an aunt of actress Sissy Spacek. He does not have siblings.

His name, Rip was actually a family tradition among the men of the family. He spent his childhood days in Texas with his parents.

His ethnicity is German, Austrian, and Czech/Moravian.

Talking about his education, he went to Taylor High School. From there, he graduated in 1948. Following that, he went to the University of Texas. He studied acting there and he was also a member of the Texas A&M University Corps of Cadets.

Rip Torn made his screen debut in 1956. He portrayed a dentist in the movie, ‘Baby Doll’. His debut TV role came in the series, ‘Alfred Hitchcock Presents. He portrayed different characters on the show in 1957 and 1961.

In the 60s, he made appearances in various popular movies including ‘King of Kings’, ‘Sweet Bird of Youth’, ‘The Cincinnati Kid’, and ‘One Spy Too Many. In 1972, he portrayed Maury Dann in ‘Payday’. His next significant movie role came in 1976 when he portrayed Dr. Nathan Bryce in the film, ‘The Man Who Fell to Earth.

The 80s was an important decade in Rip’s career. He made appearances in the series, ‘Blind Ambition’, and ‘The Blue and the Gray’. Moreover, in 1983, he gave a memorable performance as American author, Marjorie Kinnan Rawlings in the film, ‘Cross Creek’. The critically acclaimed film was a big hit among the critics and received four Academy Award nominations. Furthermore, his performance was lauded by the audience and the critics and he earned a nomination in the category of Best Supporting Actor.

Following that, he landed several roles in many movies before appearing in the box office hit, ‘Men in Black’ as ‘Zed’, the head of an alien control organization, For his portrayal of Zed, he received a nomination at the Satellite Award for Best Supporting Actor in a Motion Picture.

In the 90s, Torn landed the role of Producer Artie in the comedy show, ‘The Larry Sanders Show’. His portrayal of the character for six years earned him six Emmy nominations and one win in 1996 in the category of  Best Supporting Actor in a Comedy Series. Similarly, he also won an American Comedy Award for Funniest Male Performance in a Series. His character, Artie is still remembered as one of the most iconic characters in American sitcom history.

In 2015, he reprised his role as Zed in a M.I.B safety video for Air New Zealand with the singer Stan Walker and rugby player Israel Dagg.

How much was Rip Torn worth?

At the time of his death in 2019, Rip Torn had an estimated net worth of around $5 million. He earned a good sum of money from his acting career of over six decades during which he received an Academy Award nomination, multiple Emmy nominations, and one Emmy win.

Rip stood at a height of around 5 feet 10 inches. He had brown hair and green eyes. There is no information about his weight.

Torn was arrested on January 29, 2010, for breaking into a Litchfield Bancorp branch office where he maintained a residence. His charges were carrying a firearm without a permit while intoxicated,  second-degree criminal trespassing, first-degree burglary, and third-degree criminal mischief. He was released on a $100k bail.

On December 14, 2010, he pleaded guilty to reckless endangerment, criminal mischief, criminal trespass, and possession of a firearm. He received a two-and-a-half-year suspended jail sentence and probation for three years.

On July 9, 2019, Rip died at his own home in Lakeville, Connecticut. His death, at the age of 88 was due to complications from Alzheimer’s Disease.

Rip was not active on social media sites prior to his death in 2019.

You may also like to read the Bio, Career, Net Worth, Relationships, and more about Anna Shaffer, Zephan Clark, Jem Wolfie, and more.