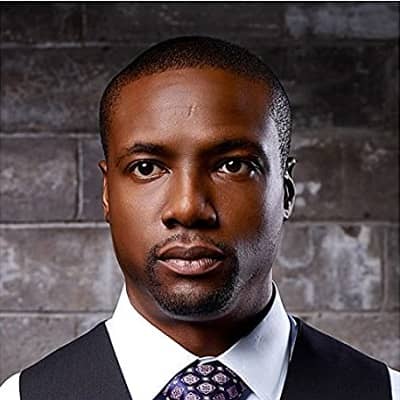 Reflecting on his love life, he is currently dating someone. However, Rob prefers to keep his personal life unfold. He never posts anything that provides a simple hint about his love life. Therefore, there is not much information about the mystery girl.

There is not enough information that proves his relationship status. As soon as he speaks about his love life, we will update you about it.

Who is Rob Brown?

Rob Brown is an American Actor. He is popular for his role in the movies like Finding Forrester (2000), Coach Carter (2005), Take the Lead (2006), and The Express: The Ernie Davis Story (2008). Likewise, rob came into the limelight for his recurring role as ‘Donny Fenn’ in the American Television Series ‘Shooter’.

There are no details regarding his parents. He hasn’t spoken a word about his parents in the media. He posted a picture of him and his mother on Instagram. Likewise, he has a younger sister but there is no clue regarding her name. He was a sports freak from his childhood.

Likewise, Rob’s nationality is American. He follows Christianity and his birth sign is Pisces.

Speaking of his education, Brown attended Poly Prep High School situated in Brooklyn, New York. At there, he played on their basketball team. For his Graduation, he attended Amherst College majoring in Psychology located in Amherst, MA where he played football for the college team.

Rob Brown is a hard-working and talented actor. He is a natural actor who didn’t study acting and had no professional experience ever before. He started his acting journey in the 2000 film ‘Finding Forrester’ with the role of Jamal Wallace.

After that, he made his appearance as Tye in the 2005 movie ‘The Orphan King’. The same year, he appeared in the film Coach Carter with the role of Kenyon Stone. He cast in the NBC drama ‘Blindspot(2015-2020)’ portraying the role of FBI Agent Edgar Reade.

His Films and Tv appearances are listed below:

Brown earns an impressive amount of finance from his Acting career. He has an estimated net worth of around $1.5M.

Rob is a respected and reputed personality. His works are praised by people. There are no rumors about him. Similarly, he is not involved in any controversies up to now.

Rob is a handsome guy with great charm and boldness. Brown has a decent height of 6 feet and 1 inch. Similarly, his eyes are of Dark Brown color, and his hair is Black.