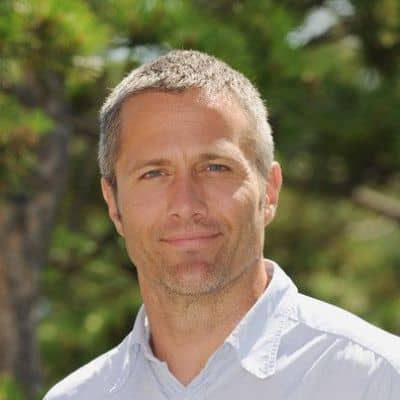 Talking about his love life, Rob Estes is presently married to Erin Bolte. Erin is a surfer and a teacher by profession. The couple started dating each other in 2008. Later, they married on 15 June 2010.

The couple has one son named Makai Ever born on 29 April 2011. They presently reside in San Clemente, California with his family.

Previously, the actor was married to actress Josie Bissett. The former couple began dating each other in 1991. Later, they tied the knot on 1 May 1992. The duo has two children named Mason Tru(born on 21 July 1999) and a daughter named Maya Rose(born on 14 April 2002).

Sadly, they ended their long-term relationship in January 2006.

Who is Rob Estes?

Rob Estes is a well-recognized American actor and television personality. Estes is widely famed for his role as Harry Wilson on the teen drama series, 90210, as Sgt. Chris Lorenzo on the crime drama series, Silk Stalkings, and Kyle McBride on the primetime soap opera Melrose Place.

Moreover, he also gained high recognition for playing Glenn Gallagher on the NBC soap opera, Days of Our Lives.

Rob Estes was born on 22 July 1963. At present, his age is 57 years old. Likewise, his birthplace is Norfolk, Virginia, the USA.

Not much known about his father and mother’s details, Rob has been secretive towards his family details.

Talking about his nationality, Estes holds an American identity whereas his ethnicity is mixed(Swiss-Caucasian).

Regarding education, the actor studied at Santa Monica High School. Later, he completed his graduation from the University of Southern California, where he was an Alpha Tau Omega fraternity member.

Professionally, Rob began his career performing in a small role in the anthology series, CBS Schoolbreak Special in 1986. He performed the role of Billy in the episode, Have You Tried Talking to Patty?. Estes performed one of his major roles was on the NBC soap opera, Days of Our Lives, in which he portrayed the role of Glenn Gallagher for 22 episodes.

Rob then made some guest roles in series like The Twilight Zone, Law & Order: Special Victims Unit, Gilmore Girls, The Evidence, and so on. In 2007, he landed the role of Lieutenant Tom Hogan in the ABC police procedural and legal drama series, Women’s Murder Club.

Later, Estes returned to acting in the year 2012 and portrayed the roles on the TV shows like Psych, Castle, CSI: Crime Scene Investigation, CSI: Cyber, and Major Crime.

Other than that, Rob has also performed in a number of telefilms out of which most notable works are Sweet Temptation, A Loss of Innocence, Terror in the Mall, I Do, They Don’t, Aces: Iron Eagle III, and so on.

A prominent American actor, Estes has earned a handsome amount of money from his profession. He has been actively working in his profession from the year 1986 till the present.

It is reported that Rob Estes has an estimated net worth of $3 million.

However, the talented star has not disclosed his exact salary, earnings, and assets details till now.

Rob has never been part of any controversial matter or rumors till now. The star has been preoccupied with his professional and private life.

It seems that Estes prefers enjoying his personal life and does not want to merge it with his professional life.

57 years old star, Rob has handsome looks and an admirable personality. He stands at a height of 5 feet 11 inches. Also, he has a balanced body weight of 84 kg.

Furthermore, Estes has blue eyes whereas his hair is light brown.

Regarding his social media presence, Rob Estes is an active personality on social media. Rob has more than 37.3k followers on his official Instagram account @robestes8.

He is also active on Twitter with around 2.5k followers.

Moreover, Estes is not available on Facebook at the moment.

The new celebrity fad! Snake massage! What is it?