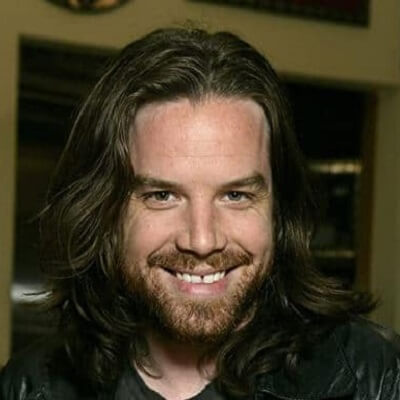 Rob Giles is currently single after his recent divorce. He was married to Caterina Scorsone. She is an American actress known for starring as the lead character in the crime drama series, Missing from 2003 to 2006. Also, she is well known for her portrayal of Amelia Shepherd in Private Practice and Grey’s Anatomy.

After dating for several months, the couple exchanged wedding vows on 27 June 2009. From their marriage, they have three children. His wife gave birth to his first child, a daughter named Eliza Giles on July 6, 2012. On November 8, 2016, she gave birth to his second child, another daughter named Paloma Michela Giles. Their third child, Arwen Lucinda “Lucky”, a son was born in December 2019.

After more than a decade of marriage, the couple got divorced in May 2020.

Who is Rob Giles?

Rob Giles is an American singer-songwriter. He has worked with Andy Summers from the band, the Police, and also the Rescues. He is best known as the ex-husband of Caterina Scorsone.

Rob Giles was born on July 23, 1957, in the United States of America. As of 2020, his age is 62. There is no information about his parents. Similarly, he has not revealed anything about his siblings and other family members. His early life and childhood days remain under the shadow.

There is no information about his educational background. Even though he seems to be an educated man, he has not revealed which school or college he went to.

Rob Giles is a singer-songwriter who is known for his solo work and collaborations. He has worked with Andy Summers of the famous band, the Police. Moreover, he has also worked with the band The Rescues. Also, in 2015, he entered the film world with his writing skills. He sold two spec scripts to Warner Bros. Furthermore, WB also made two shows with the CW in 2016 and 2017.

In addition to this, he has starred in some small videos, TV programs, and movies playing little parts. His acting credits include ‘Headlights’, ‘My Sister’s Keeper’, ‘Confessions of a Teenage Jesus Jerk’, and ‘Glee’.

Giles is also a member of Green & Bloom in addition to being the President of Wordsmith Makeshop. The Wordsmith Makeshop is a charitable organization that proposes to make art and generous energy collectively.

He mainly grabbed the headlines as the husband (now ex) of the American actress, Caterina Scorsone. She is well-known for a number of roles. She starred as the lead character in the crime drama series, Missing from 2003 to 2006. Also, she is well known for her portrayal of Amelia Shepherd in Private Practice and Grey’s Anatomy. Furthermore, she also has starred in numerous television films, including Alice.

Giles stands at a height of around 5 feet 7 inches. His hair color is dark brown and similarly, he has a pair of brown eyes. There is no information about his weight and other body measurements.

Rob Giles has not been involved in any controversies. He has been able to keep himself far away from any type of controversy and scandal. So far, he has not done anything controversial in his career. Similarly, there are no rumors about him of any kind.

You may also like to read the Bio, Body Measurements, Career, Social Media, Net Worth, Relationships, and more about Emma Stone, Caterina Scorsone, Nick Cordero, and more.