Rob Reiner is an American actor, director, producer, and writer. Likewise, he is well known for directing the classic hits Stand By Me (1996) and When Harry Met Sally (1989). He is married to Michele Singer and the couple has three children.

Rob Reiner married twice (Penny Marshall, Michele Singer). He married actress/director Penny Marshall on April 10, 1971, the couple has a daughter namely, Tracy Reiner. But the marriage didn’t go well so they decided to divorced in 1981.

Then, he married an actress Michele Singer on May 19, 1989, the couple has three children namely, Jake Reiner, Nick Reiner, and Rony Reiner. They are living a happy life together with no marital affairs. 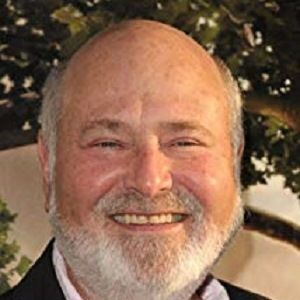 This is kind of a little minefield here. You want to get the tone right for it. This is a subject that you have to deal with comically. It's still got to be funny. You want sentiment, not sentimentality. These are all the sidewalls you want to not fracture the picture on. Not that I don't like an easy job

Who is Rob Reiner?

Rob Reiner is an American actor, director, producer, and writer. Likewise, he is well known for directing the classic hits Stand By Me (1996) and When Harry Met Sally (1989). Likewise, as an actor, Reiner first came to national prominence with the role of Michael Stivic on All in the Family (1971–1979).

Besides that, as a director, Reiner was recognized by the Directors Guild of America (DGA) with nominations for the coming of age comedy-drama film Stand by Me (1986), as well as in the romantic comedy When Harry Met Sally… (1989), and the military courtroom drama A Few Good Men (1992).

Rob was born in New York City, the United States on March 6, 1947, to parents Carl Reiner and Estelle his father is a renowned comedian, actor, writer, producer, and director. Whereas, his mother is an actress.

He has two siblings namely, Lucas Reiner and Annie Reiner. Whereas, he belongs to American nationality and Ashkenazi Jewish ethnicity.

On talking about his profession, during 1967, he made his film debut in entering Laughing, a romantic comedy written and directed by his father. In fact, he also worked as a writer for The Smothers Brothers Comedy Hour.

Whereas, he got his first taste of success as Mike “Meathead” Stivic on the popular sitcom All in the Family.  Besides that, he also turned to direct following his stint on the show, having cut his teeth on the 1974 television movie Sonny Boy. Additionally, his first notable success was the faux rock-and-roll documentary This Is Spinal Tap (1984).

Likewise, he himself played Marty DiBergi, the director of the documentary. The stars improvised much of the dialogue, and their deadpan humor established the film as a cult classic.

Similarly, his next outing, Stand by Me (1986), was an adaptation of a Stephen King story. During 1987he co-founded Castle Rock Entertainment, a studio that produced many of his ensuing films.

Moreover, his next directorial success was The Princess Bride (1987), based on a novel by William Goldman. Similarly, he also turned to darker material with Misery (1990), an adaptation of a King novel that starred Kathy Bates as a woman who imprisons a writer (James Caan) whose work she adores.

In addition, Bates’s frenzied but humane turn as the crazed Annie Wilkes. It also featured some of the leading lights of Hollywood at the time, including Tom Cruise, Demi Moore, Kevin Bacon, and Jack Nicholson, who, as a colonel giving testimony, memorably roared, “You can’t handle the truth!”.

Likewise, he won the Truly Moving Picture Award or Flipped (2010), Ghosts of Mississippi (1996), A Few Good Men (1992). Similarly, he won Hugo Awards for Best Dramatic Presentation for The Princess Bride (1987).

There is no information about his salary. His net worth is around 2022 $ 200 million.

On talking about his body measurements, Rob Reiner has a height of 5 feet 10 inches. Additionally, he weighs is unknown. Rob’s hair color is bald and his eye color is blue.

Also, read the affair, salary, the net worth, controversy, and the bio of  Chris Santos, Max Joseph, Chad Calek.