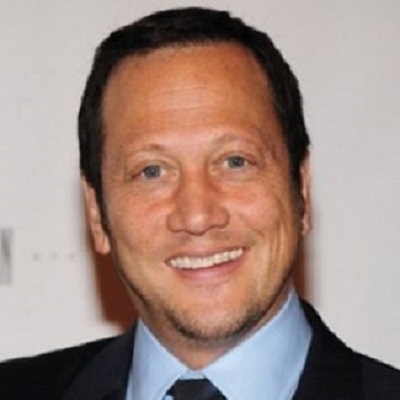 I try not to worry about what that's going to look like. If you worry about looking stupid, that's when you look really stupid

I lost that excitement I had when I first started out. It was all about the need to just get a job, and so I found the joy again when I was writing Deuce Bigelow. I was laughing so hard and along with my writing partner at the time, simply laughing until we cried

Studio people are idiots. Until they see someone else doing it and make a success of it, they don't open their minds. Most of them are idiots

A woman can laugh and cry in three seconds and it's not weird. But if a man does it, it's very disturbing. The way I'd describe it is like this: I have been allowed inside the house of womanhood, but I feel that they wouldn't let me in any of the interesting rooms

I try not to have too much of an ego. I'll do anything.

Schneider was married to London King in 1988 and they separated in 1990. They have a daughter- Elle King who is a musician.

He married actress Helena Schneider in 2002 and divorced in 2005.

Currently, he is happily married to Patrica Maya Schnieder. They exchanged vows in Beverly Hills on 23 April 2011.

Who is Rob Schneider?

Robert Michael Schneider aka Rob Schneider is a famous American actor, comedian, screenwriter, and also director. He is a veteran of the popular comedy series Saturday Night Live and a stand-up comic.

Later, he started starring in feature films. Comedy defines Rob as he is always looking to crack jokes and people laugh no matter where.

Rob is the last of three children to their parents. John Steven Schneider is his elder brother whereas his sister’s name is April. Rob is an American. His ethnicity is Jewish.

Rob went to Terra Nova High School. And, after graduating from there in 1982, he attended San Francisco State University.

Rob Schneider started doing stand-up comedies since his high school days. Back then, he opened for the San Francisco band, Head On. After graduation, he started by performing at Bay Area nightclubs such as Holy City Zoo. After that, he started appearing as a regular guest in radio stations. Later, he opened for Jay Leno and Jerry Seinfeld. His talent earned him a spot in HBO’s Annual Young Comedians Special.

In 1988, he earned his big break by earning himself the position of a writer at the comedy series ‘Saturday Night Live.’ He eventually became a full cast member there and became popular in comedy. For four years, he played famous roles such as Tiny Elvis and Orgasm Guy which became audience favorites.

In 1994, he left SNL and started featuring in movies. This immediately paid off as he bagged supporting roles in Surf Ninjas, Judge Dredd, Demolition Man, etc.  Furthermore, he was cast on TV series and sit-coms.

His big break in movies came in 1998 in the movie ‘The Waterloo.’ The following year, he played in Big Daddy. Both of these films established his position as an actor. In 1999, his movie ‘Deuce Bigalow: Male Gigolo‘ became a blockbuster hit. After that, ‘The Animal’ was released which was another blockbuster.

He continued his movie career with The Benchwarmers, Little Nicky, Bedtime Stories, etc. Then, he became a director in 2007 with comedy Big Sean. Similarly, he served as a raconteur, too in Sandler’s Eight Crazy Nights.  Furthermore, he played several cameo roles.

He also continued his comedy career by taking up international tours in theatres, clubs, etc. Recently, he played the character of Rob in TV comedy, Rob which was based on his own life. However, the series was later canceled in 2012.

From 1990 to 1992, Prime Time Emmy Award-nominated him for Outstanding Individual Achievement in Writing in a Variety or Music Program for Saturday Night Live. Unfortunately, he didn’t win any of them. Furthermore, in 2001, Blockbuster Entertainment Awards nominated him for the Favourite Actor.

Razzie awards nominated him seven times between 200o and 2011. Out of them, he won one of them for the Worst Actor.

Schneider’s worth around $15 million. However, it is difficult to estimate the annual salary of Rob. He still makes a good amount of money from stand-up comedies and comedy shows.

He does stand-up comedies,  has co-owned comedy clubs, sell merchandise, and is a businessman. These are his source of income.

In January 2005, Schneider had a feud with Oscar previewer Patrick Goldstein. It started after Goldstein called Deuce Bigalow a third rate comic. Two weeks later, Rob hit back saying that Goldberg was unqualified because he hadn’t won any awards in his career.

Rob Schneider stands at 5 feet 7 inches and weighs around 60 kg. His hair is in black color and eyes are in blue color.

Andrew Ferguson was arrested for the domestic violence against wife Elle King, They were supposed to marry in few days