Posted by MarriedBiography Last Modified May 9, 2019 | In Divorce , Relationship
Share this

Rob Sussman is an American and the first husband of American actress Ricki Lake. He is an artist and an illustrator. There is a lot spoken of and written about Ricki Lake but information on her first and now ex-husband is limited and scattered. Read on to catch the unknown fact related to Rob Sussman and his relationship with Ricki Lake.

Rob Sussman and his relationship with Ricki Lake

Rob Sussman is the first husband of American actress Ricki Lake. Ricki and Rob met on Halloween day in October 1993. The couple got close and began dating each other. They then took their relationship to the next level and got married in Las Vegas, Nevada on 26 March 1994. The couple had two children and both their children are sons.

The eldest son is Milo Sebastian Sussman who was born on 22 March 1997 in Manhattan, New York City, New York. The second son was delivered on 18 June 2001. His birthplace is also Manhattan in New York City.

It was a water birth which was shown in the documentary The Business of Being Born. Soon there was trouble in paradise and the couple filed for divorce which was finalized in 2005. It is not known whether he is into another relationship after his first marriage to Ricki Lake.

Ricki had moved on and dated jewelry designer Christian Evans who committed suicide in February 2017. She is now dating Jeff Scult who is founder and owner of the clothing brand called One Golden Thread.

You may like to read Ricki Lake has a new boyfriend two years after her ex-husband Christian Evans died in suicide!

Rob Sussman and his work and career

Rob Sussman is an artist and an illustrator. His IMDb page states that he is a political illustrator. He has a Facebook page with 2k likes and posts his illustrations on it. He also has his own website called robsusman.com. Rob holds a Twitter account with more than 2.3k fans following him. He also has another social media platform, Instagram to showcase his talent and uploads his illustrations. On this, he has 0.4k followers.

His net worth is not known but that of Ricki has been estimated to be $ 15 million.

Rob Sussman and his life before his fame and career

Rob Sussman was born in the year 1966 but his exact date of birth is not known. His current age is 53 years. He was born and raised in New York City in New York. There are no details known about his parents and siblings or about his childhood. He was a student of the School of Visual Arts and Otis College of Art and Design. His work has featured in The New York Times, The Nation, Washington Babylon, and other reputed dailies.

Ricki has never spoken much about Rob Sussman. She had spoken a lot about her second late husband Christian Evans especially after his death in 2017.

Rob resides in Los Angeles now. It is not known whether he and Ricki have any contact. But they do share two children and hence might be co-parenting their children. But there are no reports or news on that front.

Ricki had vowed never to marry after her divorce with Rob. But she eloped and married Christian Evans in Southern California. 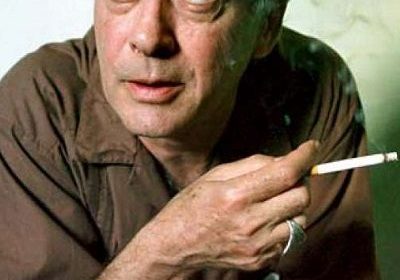