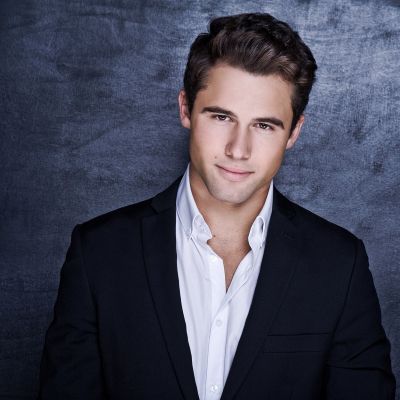 Robbie Graham-Kuntz is taken. He is currently in a relationship with a girl named Jamie Murray.

The couple started dating in the year 2016. He has shared several beautiful pictures of them on his respective Instagram account.

Robbie Graham-Kuntz is a Canadian actor and singer. He rose to fame for his role of Tempo 3 on the original HULU television series Utopia Falls.

The actor hasn’t shared anything regarding his parents and other family members.

Further, he holds Canadian nationality and belongs to the Caucasian ethnicity.

Talking about his education, he went to Etobicoke School of the Arts high school.

He then joined a Music Theatre Major at the Etobicoke School of the Arts (ESA) in Toronto, ON, Canada.

At the age of 13, Robbie made his stage debut through Mirvish Production of The Sound of Music, performed in ‘Kurt Von Trapp’. In 2015, he made an appearance in the Screen Awarded film, Full Out based on the lie story of American gymnast Ariana Berlin.

In the film, he portrayed the character of Adam starring Ana Golja, Sarah Fisher, Asha Bromfield, Jennifer Beals, and Lymar Johnson. The same year, he also appeared in another movie, Antisocial 2 as Joey. Similarly, he has been featured in the 2016 short, Golden Boys where he portrayed the role of Young Dylan.  Furthermore, he starred as Tempo 3 on the original HULU television series Utopia Falls.

Robbie stays miles away from any sort of controversial matter that creates headlines in the media. He hasn’t been part of any rumors and scandals to date.

Robbie’s main source of income is his acting career. He hasn’t yet disclosed his income in the media.

His precise net worth, salary, and other earning are still under review.

Talking about Robbie’s physical appearance, he has a fair complexion. Likewise, he has a dark brown pair of eyes and he has brown hair color.

He stands at the height of 5 feet 7 inches tall. Further, his weight and other body measurement aren’t available in the media.