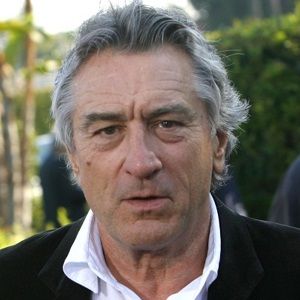 You learned the two greatest thing in life, never rat on your friends, and always keep your mouth shut.

When you love someone you gotta trust them, there's no other way. You gotta give them the key to everything that's yours. Otherwise, what's the point.

There is only one way to gain access to the truth and that is to not expect anything.

Robert De Niro’s current relationship status is single. His divorce from Grace has come as a shock to Hollywood.

In 1976, De Niro was married to Diahnne Abbott. He has a son with his named Raphael De Nero, who was a former actor and also works in New York real estate.

De Niro also adopted Abbott’s daughter. In 1988, they divorced with a huge misunderstanding in a relationship. De Niro had affair with former supermodel Toukie Smith, and also has twin sons conceived by in-vitro fertilization and delivered by a surrogate mother.

He also has a daughter named Helen Grace via surrogate. He has six children and four grandchildren.

Who is Robert De Niro?

Robert De Niro is an American-Italian actor, producer, and director. De Niro is a recipient of numerous accolades, including two Academy Awards, a Golden Globe Award, the Cecil B. DeMille Award, the Golden Lion, the AFI Life Achievement Award, Presidential Medal of Freedom.

De Niro was born on August 17, 1943, in the Greenwich Village area in Manhattan, New York. His father’s name is Robert De Niro Sr, and his mother’s name is Virginia Admiral. Both his parents are professional painters.

Since his father is of Irish and Italian descent while his mother has Dutch, English, French, and German ancestry, Junior de Niro has an impressive ancestry as well.

His parents got divorced when he was just 2 years old in 1945. So he was raised by his mother in the Little Italy and Greenwich Village regions of Manhattan.

As his father lived within a walking distance, Robert Sr. and Robert Jr. spent much time together.

Di Niro attended a public elementary school in PS 41, in Manhattan till 6th grade and was transferred to the Elisabeth Irwin High School for 7th and 8th grades.

Later, then he went to the private upper school of the Little Red School House Elisabeth Irwin High School and then attended the High School of Music and Art till the 9th grade.

Thereafter, he was transferred to a public junior high school. De Niro attended high school at the McBurney School, a private institution. He later attended the Rhodes Preparatory School but did not graduate from either of them.

Finally, De Niro began to study acting at the Stella Adler Conservatory and also at Lee Strasberg’s Actors Studio, after dropping out of high school at the age of 16 years.

Robert De Niro started his acting career when he played the role of the cowardly lion in the school production of the Wizard of Oz at age of 10.

His career turned a new way when he bagged a small role in 1963 playing opposite Jill Clayburgh for the movie, ‘The Wedding Party’. The film was released before but it hit the theatres only in 1969. After that, he has done various movies including the French film named Three Rooms in Manhattan which technically became his debut movie and ‘Les Jeunes Loups’. His first film as a lead actor was ‘Greetings’, which was released in 1968.

The year 1973 was very outstanding for him as he has done two of his big movies—‘Bang The Drum Slowly’ and ‘Mean Streets’. His performance in both of the movies was highly appreciated and applauded. In the movie ‘Bang The Drum Slowly’ he had played the role of a terminally ill baseball player with perfection.

Likewise in the movie ‘Mean Streets’ he has exposed his excellence acting playing as the character of Johnny Boy, a small-time crook. In the year 1974, he was seen as the finest actor playing in the movie Francis Ford Coppola’s ‘The Godfather Part II’. He also won the Prestigious Academy Award for playing the character of Vito Corleone.

He then gains great success after the release of ‘Mean Streets’ and it was the reason that developed a strong bond with director Martin Scorsese. Then with Martin, he has done different movies “Taxi Driver”, “World War II”, The Last Tycoon” which were so hit. In 1980 also he has shown his remarkable performance playing as Jake La Motta for the Scorsese film, ‘Raging Bull’.
In 2002, he was seen as his role of Paul Vitti in 1999 with his comedy cracks in the movie, ‘Analyze This’ with its sequel, ‘Analyze That’. The same year, he has also hosted a show on CBS titled, which was a documentary about the September 11, 2001 attacks. In 2004, he recorded his voice-over for the character of Don Limo which was for the animated film, ‘Shark Tale’. This was his first experience with voice acting. Two years later, in 2006, he donned the director’s cap for the second time in the spy thriller ‘The Good Shepherd’.
In 2013, he starred in the movies, ‘The Big Wedding’, ‘Killing Season’ and ‘The Family. All the names of the film he has played can’t be listed through some of his movies were released in 2013 including Grudge Match’, ‘Motel’, ‘Hands of Stone’, Joker, and ‘The Irishman’.

Robert is s an American actor, producer, and director. He is known as a legendary Hollywood actor who has appeared in more than 100 films. His acting career has spanned more than 50 years. He is also the winner of several prestigious awards for his unique acting skills.

De Niro has been nominated for the prestigious Academy Awards six times. Likewise, he has also been nominated twice in the category of Best Supporting Actor and five times for Best Actor.

Robert won the award for his marvelous performance in ‘Ranging Bull’ in the category of Best Actor – Motion Picture Drama.

In 2011, he was awarded the prestigious awards Cecil B. DeMille Award and also Golden Globe Lifetime Achievement Award for his outstanding skills with exceptional talent.