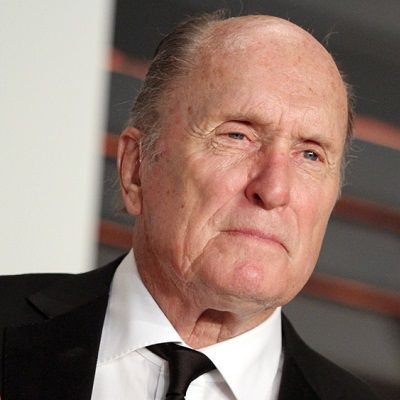 They should keep their mouths shut.

Being a star is an agent's dream, not an actor's.

Everybody likes to win. One of the biggest disappointments was when I didn't get an Emmy for Lonesome Dove. It's political. It can be a popularity contest.

What is the relationship of Robert Duvall?

Robert Duvall is a married man. He is married four times but he does not have any children. He met his first wife Barbara Benjamin during the shooting of To Kill a Mockingbird.

She is a former dancer on The Jackie Gleason Show. They married on 31st December 1964 and divorced in 1975.

Who is Robert Duvall?

Robert Duvall is an American actor and filmmaker whose career spans more than six decades.

Similarly, he has been nominated for seven Academy Awards(winning for his performance in Tender Mercies) and seven Golden Globe Awards(winning four) and has won a BAFTA, a Screen Actors Guild Award, and an Emmy Award.

He was born on 5th January 1931 in San Diego, California, US. He is the son of William Howard Duvall(father) and Mildred Virginia(mother). His mother was an amateur actress and his father was a US Navy admiral.

Similarly, he has two brothers John Duvall and William Duvall. He was raised in the Christian Science religion.

Besides, he belongs to American nationality and his ethnicity is mixed(English, German, Swiss-German, French, Welsh, and Scottish).

Talking about his education, he attended Severn School in Severna Park, Maryland, and The Principia in St. Louis, Missouri.

Likewise, he graduated in the year 1953 from Principia College in Elsah, Illinois with a Bachelor of Arts degree in Drama.

Robert Duvall has starred in numerous films and television series like To Kill a Mockingbird, The Twilight Zone, The Outer Limits, and many others. Similarly, he began appearing in theatre during the late 1950s. After that, he moved into television and did film roles during the early 1960s.

Robert played Boo Radley in To Kill a Mockingbird and appeared in Captain Newman, MD, and the lead role in THX 1138. He was on Horton Foote’s adaptation of William Faulkner’s Tomorrow which developed at The Actors Studio and is Duvall’s personal favorite.

Likewise, he has continued to act in both film and television with such productions as Tender Mercies, The Natural, Colors, the television miniseries Lonesome Dove, and many others. In the year 2014, he starred in The Judge alongside Robert Downey Jr. While the movie itself received mixed reviews, his performance was praised.

The estimated net worth of Robert is around $70 million. He might earn a huge amount of money from his successful career. But he has not revealed his salary and income.

Talking about Robert Duvall’s body measurements, he has a height of 5 feet 9 inches and his weight is 88 kg. His hair color is salt and pepper and he has blue color eyes.

You may also like to read Billy Magnussen, Josh Kelly, and David Brisbin.

What happened to Robert Duvall?

What was Robert Duvall's last movie?