Robert Ellis Silberstein is an American businessman and music executive. Robert is married. The couple has two children of and one stepdaughter from his wife.

Robert Ellis Silberstein is a married man. He wedded to record producer Diana Ross, who was the lead artist of ‘The Supremes.’

They have two children: Tracee Ellis Ross and Chudney Ross. Diana has children with her previous relationship, stepdaughter Rhonda Ross Kendrick, who is her eldest daughter. 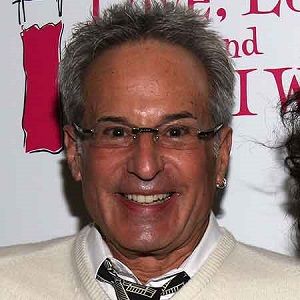 Who is Robert Ellis Silberstein?

Robert Ellis Silberstein was born in Elberon, New Jersey, the United States on January 5, 1946, and he is currently 76 years old. There is no information about his family. His family was known for their garment-manufacturing business.

There is no information about his siblings. Robert holds American citizenship, yet his ethnicity is Mixed(Ashkenazi Jewish-African-American). His birth sign is Capricorn.

Talking about Robert’s education history, he attended ‘West Virginia University,’ from where he completed his graduation.

Following this, he began teaching at the university. However, he left the job after a few years, following an argument with his boss. He then relocated to California.

Robert Ellis Silberstein is a businessman and holds a record as one of Hollywood’s veterans who had a rough association with their life partners and inevitably petitioned for separation.

During the 1970s, he started managing Diana Ross, the Rolling Stones’ Ronnie Wood, Billy Preston and Chaka Khan whom he found while overseeing Rufus.

He quit his work after a feud with his unrivaled and inevitably ventured into the universe of amusement as a music official.

In the 1970s, Silberstein was a bustling music director.

Robert has a net worth of around $50 million as of 2022. He has earned this sum of money from his professional career only.

Robert’s hair color is grey and his eye color is dark brown. Hence, his height is 5 ft 8 inches and his weight is about 74 kg.

Also, read the affair, salary, the net worth, controversy, and the bio of  David Beador, Daymond John, Russell Simmons